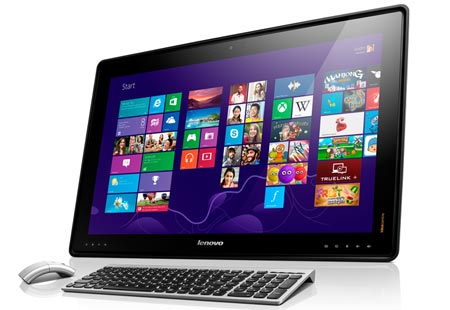 The price for the Lenovo IdeaCentre Horizon has gone official just ahead of the press day of this year’s CES. The 27-inch Table PC is pushed as a multi-user, multi-touch computer that can be used in several modes and in a variety of flexible ways. With the CES gathering momentum, we are starting to see many interesting announcements, such as the Nvidia Tegra 4 chip.

The IdeaCentre Horizon is based on the Windows 8 platform and makes use of the operating system’s touch functionality for an array of tasks. Its key highlight is its 27-inch backlit screen which throws out images and video in full HD – that’s a resolution of 1920 x 1080 pixels – at a 16:9 aspect ratio. 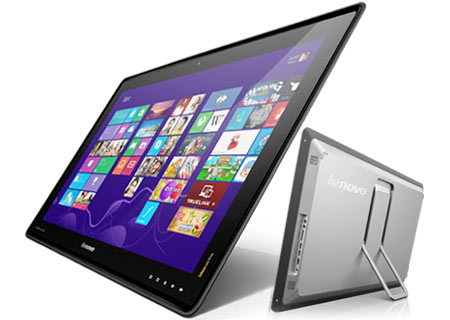 It can be made to lie flat and affords access to two or more people at the same time. It also supports ‘interactive physical gaming accessories’. This is nice for playing games like air hockey and those involving dice. In fact, it comes with an e-dice as well as four joysticks and strikers for a more interactive gaming experience. It even has pre-loaded customized games from Ubisoft and Electronic Arts as well as educational apps for a new kind of experience.

When laid on its back, a multi-touch user interface named Aura will automatically activate and let all members of the family play together, learn and take in multimedia experiences. The device comes with access to the Lenovo App Shop, a dedicated store with over 5,000 applications for entertainment. 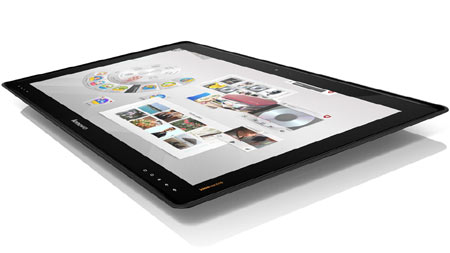 Then there is the BlueStacks app, which allows users to download and enjoy on the Lenovo Table PC, applications built for phones and tablets. Some of the best content missing when peering through the Windows or Mac looking glass can be run courtesy of the app in question.

It can be specified with Windows 8 Pro and a processor all the way up to the third generation Intel Core i7. Up to 8GB of DDR3 RAM can be fitted into the 27-inch beast which also offers a hard disc of up to 1TB capacity. The battery life is probably the only thing that can be looked upon with a sullen glance, as 2 hours may seem less when lost in the interactive goodness the Table PC provides. There’s also Nvidia GeForce graphics and Dolby Home Theatre v4 audio built-in. 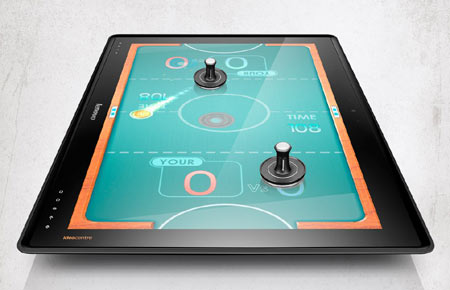 The Lenovo IdeaCentre Horizon will be made available for purchase starting in early summer 2013 for $1,699. That is a steep price, but as the company sees it, interactive, interpersonal computing is on the rise.