The Lenovo Golden Warrior A8 is the second phone in the weirdly-named series and the company has decided to give it an official launch. Hardware-wise, the handset is quite similar to the previous model which was spotted back in April, but the overall design has been modified.

The $200 Warrior S8 was spotted flaunting a bright gold frame and a rear panel with a lighter hue. But the company has taken a different approach for the Lenovo Golden Warrior A8. Based on the images provided by CNMO, the recently announced one features the same camera placement, but the rear panel now has a faux leather-like design with a stitch patters on the sides just like in the Galaxy Note 3. 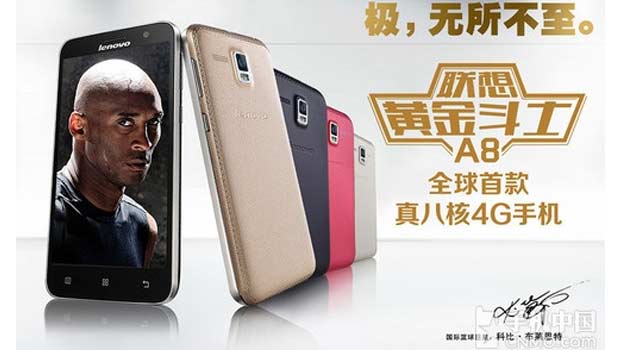 Also, the phone has been show in multiple colors such as white, silver, gold, black and pink. Unlike the previous handset which runs on Android 4.2 Jelly Bean, the new one features version 4.4 KitKat out of the box accompanied by the Vibe UI 2.0, notes PhoneArena. Also, the processor has been confirmed as the MT6592 from MediaTek which offers an octa configuration with a clock speed of 1.7GHz.

The device also sports the MT6290 chipset for LTE connectivity on China Mobile and China Unicom networks. The screen size here is 5 inches and it offers 720p HD resolution. Apart from this, there’s 2GB of RAM, 16GB storage, a 5MP front camera and a 13MP rear snapper. 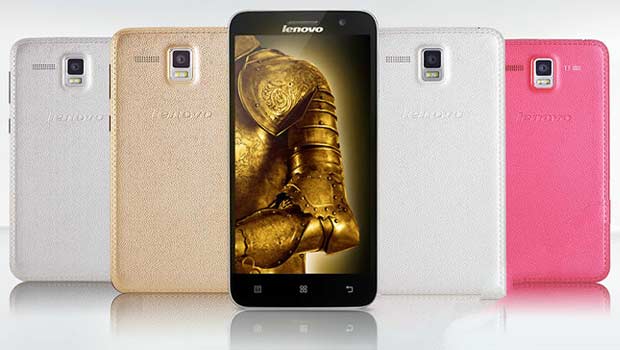 The most interesting part of the Lenovo Golden Warrior A8 is its price. At $128, it’s practically a steal. However, we might never see it debut in international markets.