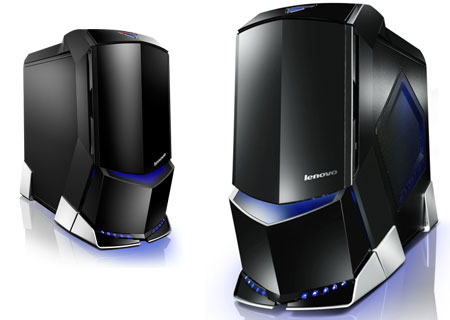 The price for the Lenovo Erazer X700 has been officially announced as the CES floodgates open and we are bombarded with a plethora of devices and new reveals. The desktop is forged out of the company’s acquisition of the German electronics firm, Medion, using the latter’s technical know-how to deliver a very capable high-end machine.

The Erazer X700 sports a diamond cut design which is meant to bedazzle the eye and is coyly backed by cold blue lighting. Lenovo says it doesn’t just cater to enthusiast-level gamers but also to those who like to run intensive multimedia applications. In that respect, two of its features are of crucial significance. They form the core of its highlights. 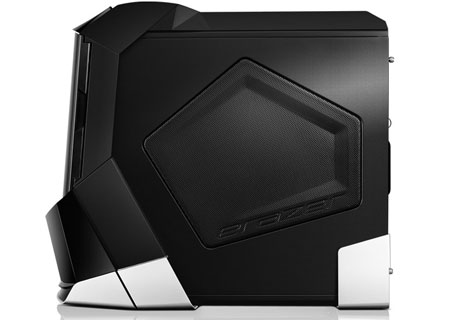 The first is Lenovo’s exclusive OneKey overclocking solution, which delivers an immediate surge in performance at the press of a button. Users will no longer have to navigate through the inner recesses of the BIOS in order to achieve this. Also, the machine makes sure that the PC doesn’t burn under its own power, optimizing heat dissipation with a liquid cooling system. Not much has been mentioned about this cooling arrangement, apart from its existence on the desktop. An image of the desktop’s innards can be seen below.

The second eyebrow-raising attribute of the desktop, and we’ll keep this one short, is that it comes with AMD’s Eyefinity technology. What this means is that gamers and multimedia enthusiasts alike can connect up to 6 monitors simultaneously for what the company calls a truly panoramic display. Backing up this capability is the option to have support for 7.1 channel surround sound with Dolby Advanced Audio. 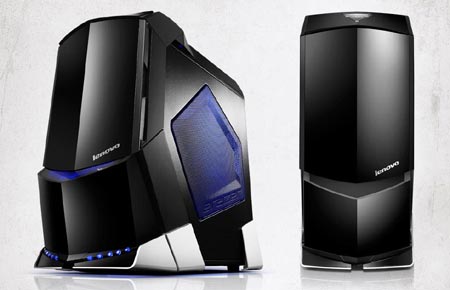 In terms of specs, the desktop comes with the latest Intel Core i7 Extreme processor. It will offer a 2TB hard disc in its high-end configuration, and two 1TB Raid0 disc drives in its low-end setup. There will also be two hot-swap external drive bays making it easier to pile on additional storage space without needing to re-boot. It features 32GB of DDR3 RAM, while there is also support for dual graphics solutions such as dual Nvidia GeForce GTX660 1.5GB or ATI CrossFireX. 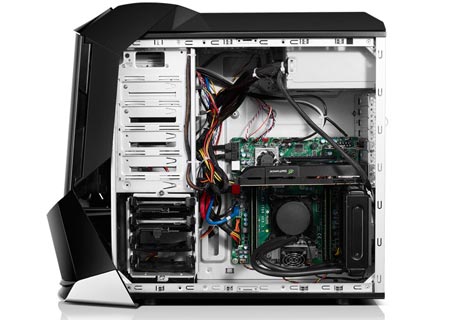