A smartphone as cheap as $60 is something you expect from companies like Micromax, Spice and Karbonn, but it’s Lenovo who has come up with such a device this time around, in the form of the A1900. The Chinese manufacturer has equipped this dual SIM handset with 3G support, among other things.

As you’d expect, the Lenovo A1900 has been fitted with a small low resolution display. This IPS panel is 4 inches in size, and manages to showcase its visuals in a resolution of 800 x 480 pixels. Android 4.4 KitKat is its preferred OS, which is something quite common for devices from this price range.

If you’re wondering about the processing prowess of this Lenovo phone, you’ll be pleased to know that a quad core unit has been granted to it by its maker. Sitting atop a Spreadtrum SC7730 chipset, this Cortex-A7 CPU runs at a clock speed of 1.2GHz. It’s assisted in its operations by 512MB worth of RAM and a Mali 400 GPU.

Also Read: Xiaomi Redmi 2A takes an affordable handset and makes it all the more affordable

Selfie enthusiasts can stop reading right here, as there’s no front camera present on the A1900. There is however a rear 2MP shooter which has surprisingly been accompanied by an LED flash. Apart from 4GB of storage, this phone also kicks in a microSD card slot for additional space.

A quick glance at the main specs of the Lenovo A1900: 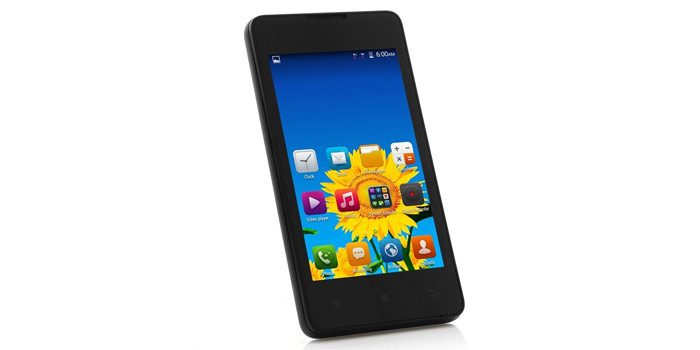 As revealed by Fudzilla, markets other than China are not likely to get the Lenovo A1900 smartphone.