Back in September, Lenovo took the wraps off new convertible devices which fall in the Yoga and Flex portfolios. The latter series was bestowed with 2 additions, a 14.1-inch and a 15.6-inch laptop, and now, the company has introduced a third notebook to the range dubbed Flex 10. Well, the latest installment is yet to go official, but has already made an appearance on the manufacturer’s website.

Lenovo has a tendency of putting unreleased device up on its website before their official launch, so this isn’t anything surprising. Based on the product page, the Flex 10 will be a smaller and downgraded version of its 14-1inch and 15.6-inch siblings. As the name suggests, the notebook will have a 10.1-inch HD display with 10-point touch input. 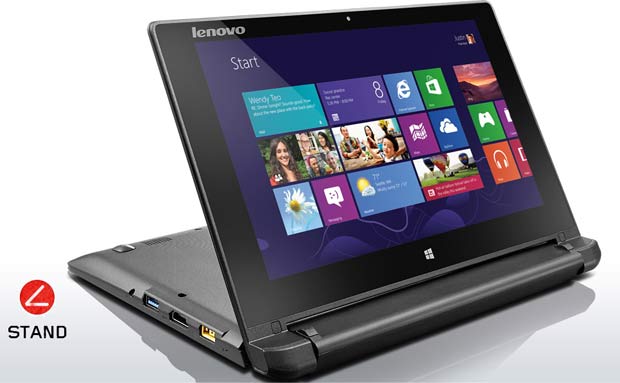 Let’s talk about the design. The Flex 10 from Lenovo is rather bulky and it also weighs more than expected. The device measures 273mm x 188.5mm x 21mm in dimensions and it tips the scales at 1.2kg. With its Dual-Mode form factor, you can conveniently go from a conventional laptop appearance to stand mode where the keyboard is folded backwards. Speaking of which, you get an AccuType keyboard with no backlighting and a multi-touch trackpad.

Fitted above the display is a 720p HD webcam. The Lenovo Flex 10 comes with either Windows 8 or 8.1 preloaded along with options of Pentium or Celeron processors based on the Bay Trail architecture in dual as well as quad core configurations. With the former CPU, you get 4GB of DDR3L RAM, while the latter choices will deliver up to 2GB of system memory. Other features include a 500GB HDD, Bluetooth 4.0, Wi-Fi 802.11 b/g/n, USB 2.0 as well as 3.0 and HDMI output. 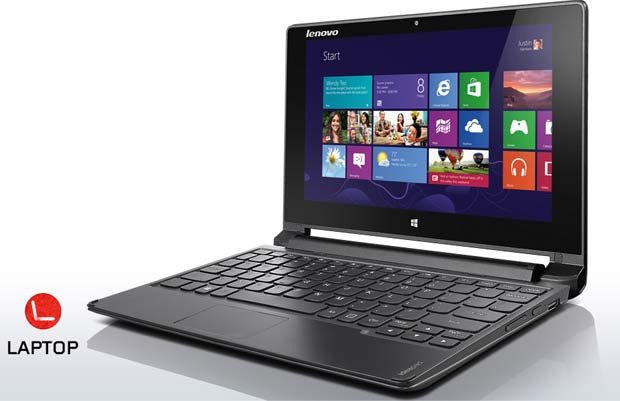 Engadget notes that the Lenovo Flex 10 could retail for $550 when released.