Like a few other unannounced Lenovo smartphones, the A805e has been leaked through official sources. The device was spotted at the 2014 Tianyi mobile Fair & Mobile Internet Forum which is apparently hosted by China Mobile and Qualcomm’s booth showcased the device in question carrying its mid-range 64-bit processor.

The company’s next flagship, the K920 Vibe Z2 Pro also made its appearance a similar way. The guys over at VR-Zone have managed to get hold of quite a lot of information on the Lenovo A805e smartphone. The device is obviously destined for launch on China Mobile and there’s a possibility that we may see it reach international markets as well. 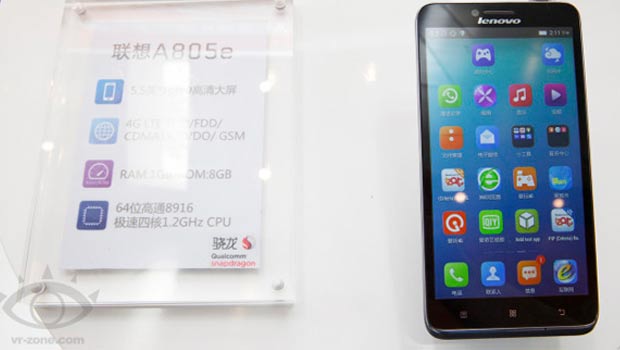 It features the Snapdragon 410 processor from Qualcomm which is based on the ARM Cortex-A53 64-bit SOC. It has the same base clock speed as the current 400 series and also sports the same GPU, the Adreno 306. Apart from 64-bit support, it should deliver a noticeable increase in speed. 4G LTE support is also onboard and there are dual SIM card slots as well.

The phone is designed with a 5.5-inch display of just qHD resolution and it comes with 1GB of RAM and 8GB of flash storage. For a price of under $199, these features are more than acceptable. Design-wise, the phone has that traditional Lenovo look on the front, while the rear flaunts what appears to be a flux leather panel with a stitch design just like one seen on the Note 3 and other Samsung devices. 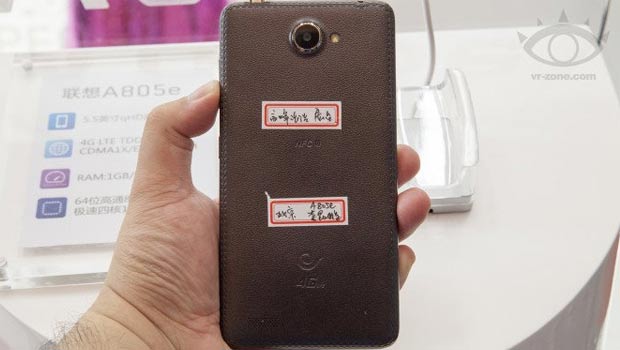 The Lenovo A805e is expected to go official by mid-July.