Lenovo A1000 price in India made known, now available 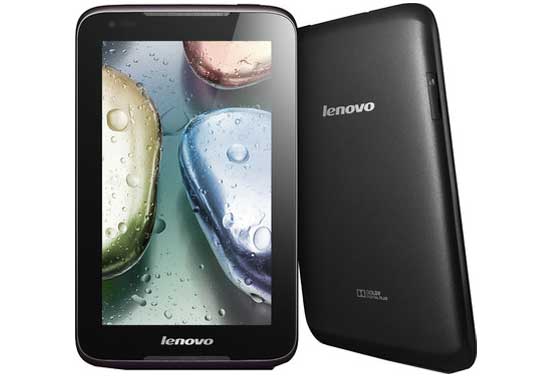 The Lenovo A1000 has stepped into India flaunting a price tag of Rs 8,999 which is clearly meant for the budget conscious. Last we heard of the gadget was when it had journeyed to the US in the month of June, along with the A3000.

Not only is the Lenovo A1000 which peddles the voice calling attribute, available through the official site, but is has also sprung up on Flipkart with a budget-friendly price. Design-wise, a major portion of the tablet’s front panel is occupied by a 7-inch capacitive touchscreen encompassing a resolution of 1024 x 600 pixels.

It is above this display that a VGA webcam reserves a spot for itself. Sadly, the Lenovo slate comes with no additional imaging options. With Android 4.1.2 running the show and a 1.2GHz dual core MediaTek MT8317 processor to kick off its operations, the device may find stiff competition in the form of the Swipe MTV Slash which also features voice calling. 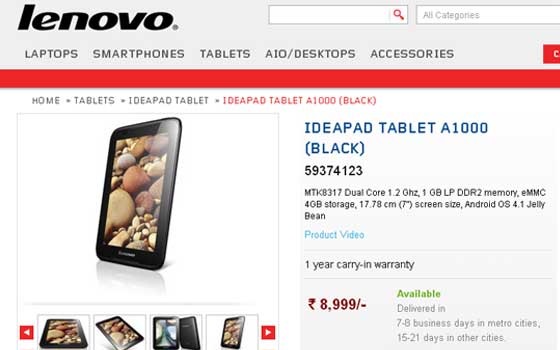 Its internal storage capacity amounts to 4GB, while the overall space can be increased up to 32GB through a microSD card. In addition to this, 1GB of RAM has been placed under the hood of the device. The company says that the onboard 3,500mAh Li-polymer battery toils towards providing up to 8 hours of Internet browsing over Wi-Fi or standby of roughly 2 weeks.

If the price of the A1000 seems justified, the slate can be purchased through the website which promises to deliver it within 7 to 8 business days. Those in India who don’t mind waiting can even pre-order it on Flipkart.