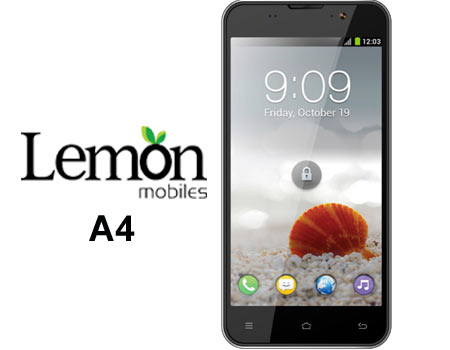 The Lemon A4 has stepped out in India and the Android smartphone flaunting a viable price tag, comes across as a contender capable of giving devices from manufacturers like Samsung and HTC a run for their money. Roughly five years old, Lemon has begun eying the quad core sector in the country, which we must admit, is currently thriving.

Like many others, the Lemon A4 too packs a chipset possessing a clock speed of 1.2GHz, but the processor’s make and manufacturer haven’t been divulged. If Micromax had been commended for launching one of the first few affordable quad core smartphones in the region, the time has come to turn our attention to the OEM in question which claims to be the first domestic brand to mark the onset of a full HD 5-inch IPS touchscreen.

Even though the tradition of embracing a 13MP camera started this year itself, it hasn’t stopped the company from adopting it for the wallet-friendly Lemon A4. What’s pleasantly surprising is that it has not been this generous solely to the rear-mounted snapper. The lens on the front is of 5MP resolution; something we’ve seen mid-range phones adopt as their main shutter and not as a secondary one. 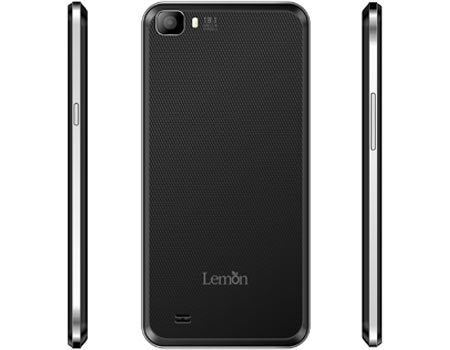 Packing an internal storage capacity of 16GB, the phone goes on to sanction further expansions of up to 64GB and in addition to this, nabs a powerful RAM of 1GB. Users can watch out for connectivity features like Wi-Fi 802.11 b/g/n and Bluetooth 4.0 for wireless sharing as well as mobile hotspot to create their personal network. The Lemon A4 sheaths a 1,850mAh battery and extends as much as 8.5mm in thickness.

It is safe to say that the Rs 17,999 A4 should be able to garner some attention owing to such attributes at a low retail value. But considering that it hasn’t paved its way into any store as of now, people’s reaction around the country still remains to be seen.

To cut the long story short, here are the core specifications of the handset at a glance: