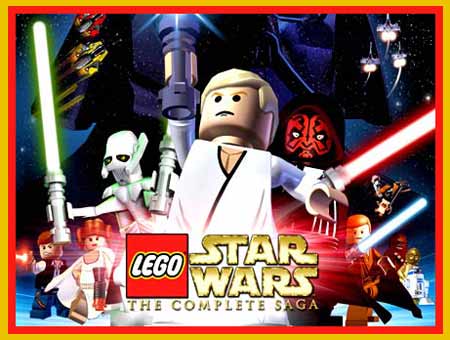 For a while rumors have been circulating that LucasArts would be releasing another Lego Star Wars game that packaged the two trilogies together into a collection. Finally these very rumors have been confirmed with a release planned for Autumn 2007.

The game will be called Lego Star Wars: The Complete Saga. The game will feature the Trade Federation’s “negotiations” with Obi-Wan Kenobi and Qui-Gon Jinn in The Phantom Menace as well as the space battle above Endor in Return of the Jedi.

It has been confirmed that Lego Star Wars: The Complete Trilogy will release on all three next-generation platforms- the Xbox 360, PS3 and the Wii game consoles.

The PS3 and Xbox 360 versions of the game are said to include online multiplayer modes such as co-operative modes and drop-in/drop-out gameplay, while Wii owners can look forward to a new Wii-enhanced control scheme.

According to Jim Ward, President, LucasArts, “As we usher in the next generation of videogame consoles, LucasArts is leading the way in family entertainment. We’re proud of the exceptional success of LEGO Star Wars II and how it delivered all the fun, humor and action of the Original Trilogy to the entire family. Now, with The Complete Saga, we’re excited to at last present the complete saga playable in one package for the first time ever.”

Tom Stone, Director, TT Games says, “LucasArts was an amazing partner on LEGO Star Wars II, and working with them on The Complete Saga continues to be a great experience. We’re also excited to be focusing on next-generation consoles and creating content that plays to the muscle of each system.”

Lego Star Wars: the Complete Trilogy will release in Fall 2007 for the PS3, Nintendo DS, Wii and the Xbox 360 console. there is no word whether a PSP or PC version will come out.