Action cameras are no longer the sole domain of GoPro, even as several Chinese companies have started offering impressive yet affordable products lately, just like the Liveman C1 from LeEco. This tiny device is set to go on sale in China first, before the Spring Festival on January 28. Unfortunately, its pricing remains a mystery.

Coming to the features of the LeEco Liveman C1, they’re not that impressive if you get over the fact that it offers 4K video support. It’s able to shoot these videos at 30fps, unlike the newly unveiled Yi 4K+ from Xiaomi which does 4K videos at a smooth 60fps.

The Liveman C1 has been equipped with a 16MP sensor, and that’s exactly what the resolution of its images will be. The lens onboard has a 140-degree field of view which is not surprising given it’s an action camera. 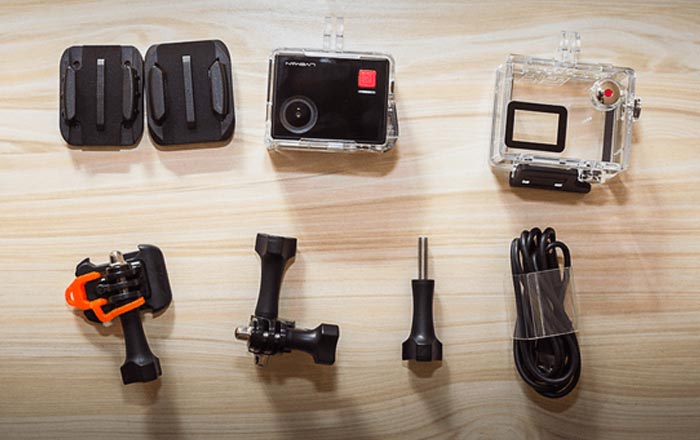 LeEco has also fitted into this device a G-sensor so as to allow automatic recordings when any movement is sensed. On its back surface, this shooter holds a 1.8-inch touchscreen display to act as a viewfinder and a control center.

We know that the battery onboard the Liveman C1 is a 1050mAh unit, but its run time is still not clear. Other important features include Wi-Fi support, a waterproof case and a micro HDMI port.

For the time being, the LeEco Liveman C1 seems only to have been aimed at China. We’ll have more on it when we have some word on its price.