We’ve seeing one too many LG G3 variants going official over the past few months and the company doesn’t appear to be slowing down with device launches as four more handsets have landed in the rumor mill. A leakster has managed to lay hands on a good deal of information on some upcoming LG smartphones and has even provided images to go with it.

The one responsible for the information below is @upleaks who suggests that there will be a couple of more additions to the LG L Series 3 lineup. The first device will be the L Prime which will accompany the Bello and Fino handsets to deliver a design inspired by the current flagship. What we know about this phone is that it’ll carry the model number D337 and be headed to Brazil. 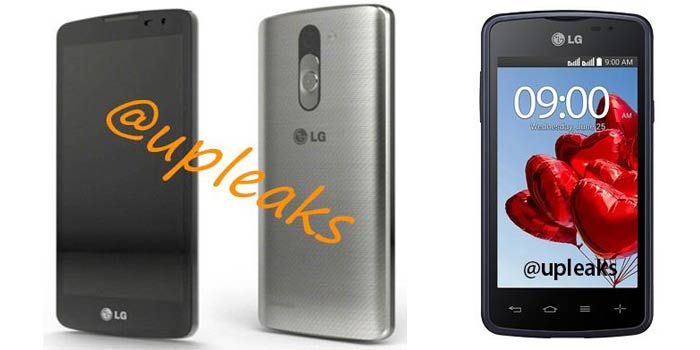 The forthcoming phone is to the left in the image above and will have a 5-inch FWVGA display, a 1.3GHz quad core MediaTek MT6582 processor, a 2460mAh battery and the Android 4.4.2 OS. The second L Series smartphone will be the L50 Sporty TV Dual D227 (pictured to the right) that’s also destined for launch in Brazil.

The third handset has been leaked as the LG G2 Lite which as the name suggests, will be a toned-down version of the 2013 flagship. Design-wise (see below), it takes a few cues from the G3, but it will carry entry-level specs such as a 4.5-inch WVGA touchscreen, a 1.2GHz MSM8212 processor and Android 4.4.2 KitKat. Last on the list is the LG-D725 which will be known as the G3 Vigor on AT&T. No details on this phone are available currently. 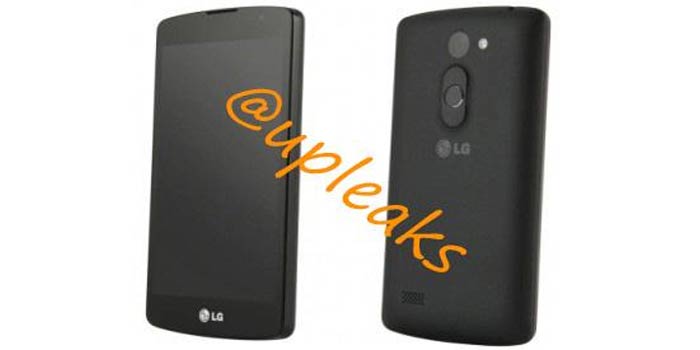 LG clearly is focusing a lot on the mid-range and entry-level markets this year, probably to give Samsung some tough competition. We recommend taking this leaked information with a pinch of salt.