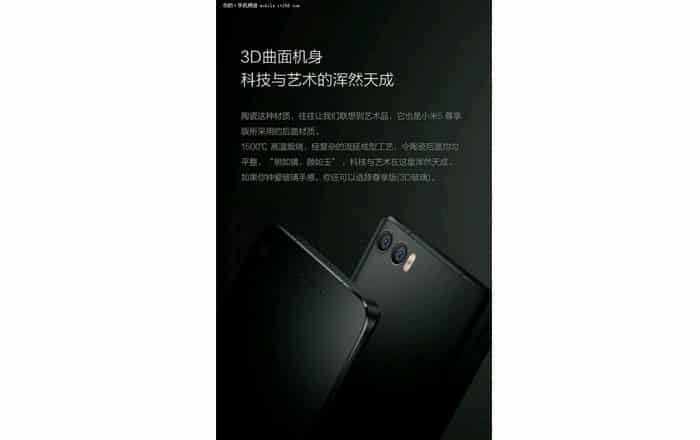 Rumors about the Xiaomi Mi 5s have been heating up recently, with several sources claiming that the handset will serve as a major upgrade over the brand’s current flagship. A new leak now alleges the phone will sport a dual-camera setup, an intriguing new direction for the company to take.

Talk about Xiaomi producing its first twin-lens phone has been floating around for a while. It gathered some momentum recently when a report asserted that Samsung was supplying dual-camera modules to the company. With the arrival of this new leak, it seems possible that the brand is working on implementing such a system for the Mi 5s.

Based on the image above, a dual-LED flash unit will be accompanying the Mi 5s’ dual-camera on the back surface. Other than the major change in terms of its photography skills, the device may also be getting its hands on 3D Touch-like pressure-sensitive technology going by a previous rumor.

If true, the feature could allow the Xiaomi handset to measure the levels of force exerted on the screen and perform functions accordingly. In terms of design, the smartphone appears to sport the same look as its predecessor. However, earlier speculation had hinted that it might house a 5.5-inch screen rather than the previous variant’s 5.15-inch one.

The Mi 5s would be pushing phablet territory if that turned out to be accurate. It seems fitting as the theme of the upgrades rumored about so far indicate super-sizing certain specs which the Mi 5 possesses by doubling the cameras and enhancing the screen technology. It may also ship with an ultrasonic fingerprint scanner, a whopping 6GB of RAM, and a Snapdragon 820 processor.

Stay tuned for more on the Xiaomi Mi 5s as and when further details emerge out of the woodwork.