Leaked specs of Google Smartwatch resemble those of Galaxy Gear 2

With Sundar Pichai having already hinted at the Google Smartwatch through a recent statement, it is quite obvious that the rumor mills have started turning again. A leak has now stated the key specifications of the wearable which the company will be preparing with the manufacturing expertise of current hardware partner LG.

Now we have heard these rumors last year as well, and from what was being said, the Google Gem smartwatch should already have been out right now. But that has not manifested in any way, and this string of leaks seems to point towards a new development cycle which is more believable since Android and Chrome head Sundar Pichai recently announced that a new wearables SDK will be released by the company in the coming weeks. 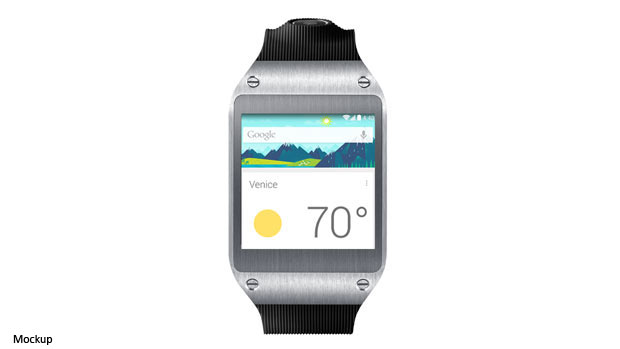 The new information has come via @EvLeaks which is claiming that the Google Smartwatch will house a 1.65-inch IPS LCD touchscreen monitor that can garner a resolution of 280 x 280 in its 1:1 aspect ratio. 512MB worth of RAM will be making its way into the device apparently, aside from 4GB of internal storage. Details regarding its processor still remain in the dark, but since these specs match those of the Samsung Galaxy Gear 2 in many departments, we’re guessing Google could go with a dual core unit.

We’ll keep digging more on the Google Smartwatch and will get back to you when additional details are out.