In a gaffe of sorts, the Samsung Galaxy Alpha was put up for pre-order by a UK retailer yesterday, before the listing was taken down in haste. But that didn’t stop its specifications and price from being revealed, and we now have a clear idea of what to expect from the smartphone.

A SIM-free variant of the Galaxy Alpha with 32GB of storage was made available for pre-order by Mobilefun at £549 according to GSM Arena. Most of that value could be attributed to the fact that Samsung has equipped the device with a metallic shell which is a big departure from its long-running loyalty to plastic. 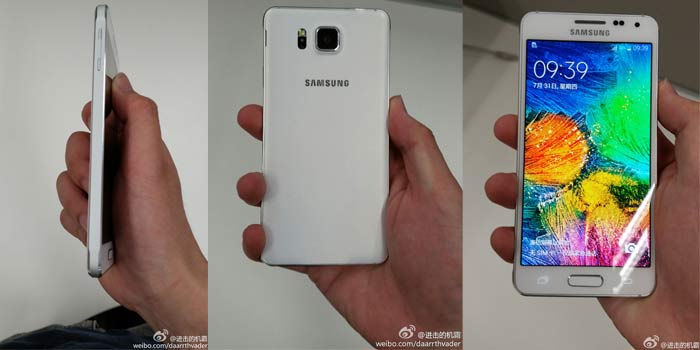 Although the listing did not specify the release date for this smartphone, we know from a previous report that it could be unveiled on August 13. The specs which have come forward through this leak include a 4.7-inch display targeted straight towards competing with the upcoming iPhone 6. This panel will offer its visuals in 720p HD resolution.

The Galaxy Alpha from Samsung will be powered by an octa core Exynos 5 Octa processor and will run the Android 4.4 KitKat OS. A 12MP main camera and a 2.1MP front snapper will also be present on it. Apart from all this, you can also expect a fingerprint scanner to ship along with it.

Here’s a clear look at the leaked specs of the Samsung Galaxy Alpha:

Like we said, the Samsung Galaxy Alpha could be launched on August 13 and that’s when we expect to get a confirmation on all the information that’s out about the device at the moment.