Flipkart is once again expected to be the exclusive seller of the Moto G2 in India of course, and if a photograph allegedly clicked at one of its warehouses is to be believed, then this successor will retain the phone’s original name, Moto G. There’s no real reason for this that we can figure right now, but there is a possibility of the step having been taken to avoid any confusion with the LG G2.

It’s no secret that Motorola is planning to unveil the mid-range smartphone on September 4 along with the Moto X successor, the Moto 360 smartwatch and some sort of headphones. The following day, the company’s Indian arm will be holding an event as well, at which we expect to see the new Moto G be launched in the country. 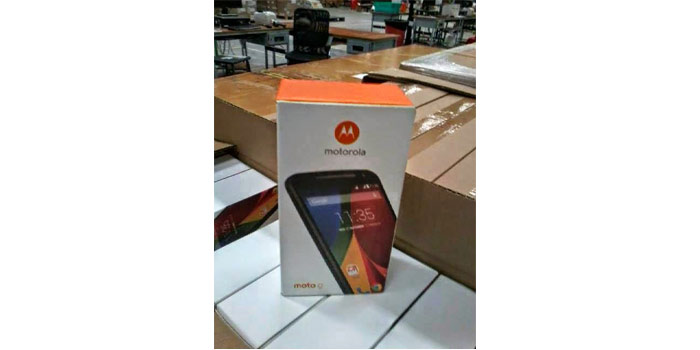 The image you’re seeing above is what apparently granted confirmation that Motorola has decided to go against calling the handset the G2. An Android developer named Akshat Mittal first uploaded it on his Google+ page, claiming to have snapped it at one of Flipkart’s warehouses. As can be seen in the picture, the stocks are locked and loaded which means a release is not far away now.

A look at the previously leaked specs of the new Moto G:

We’ll have more on the Moto G2 or the new Moto G when additional details about the smartphone are out, so stay tuned.