Nokia has something big planned for the smartphone and tablet markets before it hands over its device business to Microsoft. Amongst them is the Lumia 929 which is designed specifically for Verizon in the US. The handset will allegedly fall in the phablet category and be a variant of the upcoming Lumia 1520, with a smaller form factor though.

We’ve already seen the device leak once before thanks to @evleaks and now, Windows Phone Central has managed to get its hands on some more interesting details such as a release date and pricing. According to an inventory listing, the device is expected to arrive on Verizon starting November 6 and it should retail for $500 off-contract. 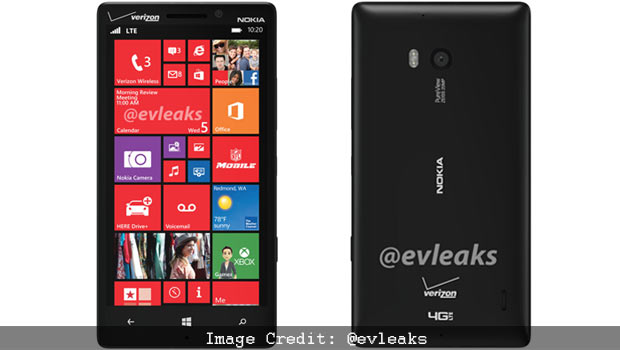 The report also notes that the AT&T version which is the 6-inch Lumia 1520, will be priced slightly higher at $699 without any carrier commitments. The difference in the retail tags suggests that the Lumia 929 could house slightly different specifications. Nevertheless, both phones will come with a 1080p display and a 20MP camera with Carl Zeiss optics. The PureView technology will also be onboard along with oversampling and dual shot which allows you to save two images simultaneously, one at 5MP and the other at 16MP.

Specifications of the Lumia 1520

While the Lumia 929 is tipped to arrive on November 6, the larger AT&T model will likely hit stores a couple of days later. Additionally, both handsets and the Sirius Windows RT tablet are expected to show up at Nokia’s upcoming event on October 22.