The Windows Phone platform has been on the slow track for a long time and Microsoft has finally managed to catch up with the competition via the Lumia 1520 phablet. And while it has only one device worthy to take on Android giants in specifications, the company could be pushing its limits to deliver high performance handsets in the future with help from the innovative minds brought over from Nokia.

A new leak has surfaced stating that Nokia has already been hard at work on a new smartphone and a fresh phablet that are brave enough to venture down the 2K realm. Dubbed the Lumia 1820 and the Lumia 1525, the former is said to go by the codename Spinel, while the latter could be the Goldfinger or Moneypenny which were leaked a few months back to be the first Windows Phone Blue handsets. 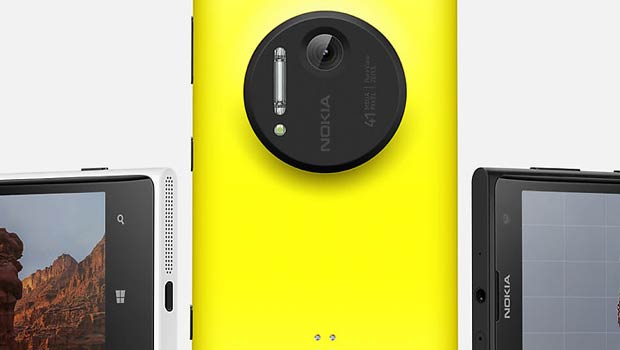 The Lumia 1820 has been in the rumor mill before. Previous reports have highlighted that the handset could arrive with a metal unibody design like the Lumia 925. According to NextLeaks, this device will have a 5.2-inch 2K display, a quad core Snapdragon 805 processor, 3GB of RAM, 32GB of storage and a design that’s akin to the Lumia 928 which contradicts previous leaks.

Apart from this, both new and old reports indicate Lytro-style camera support. A xenon flash is also amongst the features. Coming to the Lumia 1525, this smartphone appears to be the successor to the Lumia 1520. The device carries a 6-inch screen, the same processor, memory and battery configuration as the Lumia 1820, and a 25MP or 30MP camera. What’s interesting here is that the phone will be chargeable via a solar display.

Now before you get all excited about this leak, you ought to know that the information comes from a new Twitter-based leakster who has just entered the scene. The information may or may not be authentic, but it’s something worth looking forward to from the WP8 ecosystem. The Nokia Lumia 1525 is slated for a September release, while the Lumia 1820 could arrive by March.