We’ll be due for a new iPhone in September, and Apple seems to already have locked down its design. The image of what appears to be the rear shell of the upcoming device has leaked out into the open, giving us some indications regarding its design changes.

The iPhone 6 is expected to be a slim and light handset compared to previous models. With its extremely thin form factor the leaked shell does give us further proof of this possibility. Seeing it in a flat view directs our eyes straight towards an unfamiliar cutout resting underneath the cutouts meant for its camera and flash. 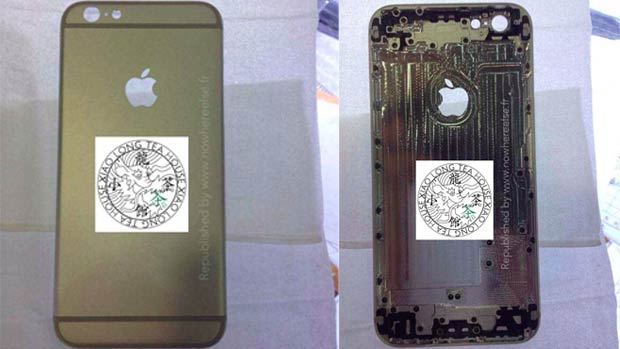 Why has the part which occupies the Apple logo been kept hollow? Is it because the company wants to push in an illuminated logo like the one we see on them MacBooks? While we are quite intrigued by this possibility, we are afraid that there are very low chances of it turning out to be true.

As MacRumors points out, this cutout is most probably aimed at occupying antennas to gain better signals due to them being outside the iPhone 6‘s metal casing. Apple has done such a thing with previous models of the iPad including the new Mini version with a Retina display.

The sides of these images – leaked by Nowhereelse.fr – are almost normal affairs until an unusual cutout on their right side comes into view. This is apparently meant for the power switch which will be making a jump from the top to the side to facilitate ease of access on the larger version of the upcoming smartphone. 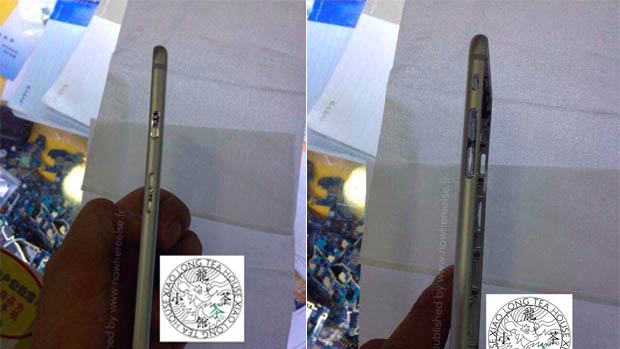 For those unaware, the iPhone 6 is rumored to exist in 4.7-inch and 5.5-inch (QHD resolution) variants. While the former will be unveiled later this year, the latter will be released sometime next year. We’ll keep bringing you more on all Apple devices as soon as we have something concrete to talk about.