A mystery Sony smartphone has been leaked online through images and it’s accompanied by what’s said to be the Xperia Z4 Tablet. The pictures made available offer a clear look at both devices and also reveal quite a bit of the new design approach the company will be using.

Let’s start with the Sony Xperia Z4 Tablet – It was just today that the company teased the slate’s launch for next week through social media. The image accompanying the post and the one which was accidentally revealed a couple of days back hinted at thinner bezels for the display. However, the picture leaked online shows that the slate will continue to carry rather thick borders. 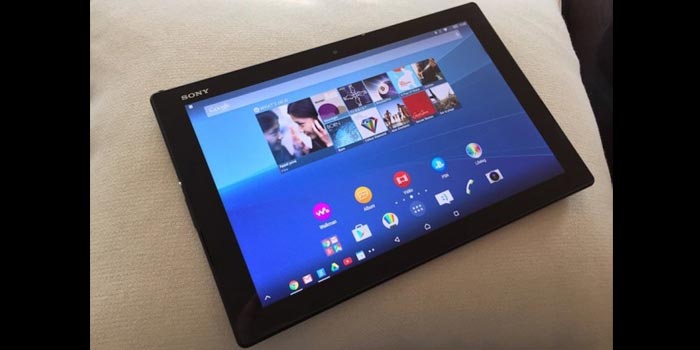 On the upside, they do look finer compared to the ones on the Xperia Z2 Tablet, but we were hoping for something like what the Z3 Tablet Compact flaunts. Also, the Xperia Z4 Tablet looks quite similar to its predecessor and the main visuals changes might only be in its thickness and weight. Hardware-wise, it’s a different question altogether.

Xperia Blog also managed to get its hands on a second Xperia smartphone, but there’s no word of what branding it’ll carry. The phone looks quite similar to the Xperia Z3 and it also has a water-resistant design. This could very well be the Xperia M4 Aqua or even a new mid-range addition to the flagship series. Both devices are shown running Android 5.0 Lollipop and Sony’s new UI which looks pretty similar to its current one. 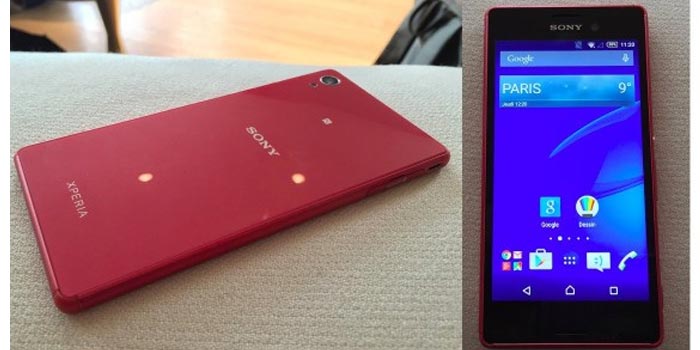 The Sony Xperia Z4 Tablet and Xperia M4 Aqua are scheduled to go official at the MWC 2015 expo on March 2.