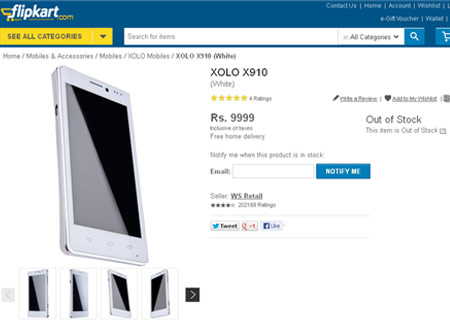 Lava may not have gone official with the Xolo X910 in India, but it has already made an appearance on the web attached with a price tag of Rs. 9,999. Although it is currently out of stock, the device with Intel Inside is not likely to make interested users wait for very long.

Integrated with a 1.6GHz Intel Atom processor complete with hyper threading, the Lava Xolo X910 fails to bring the latest version of the Android platform. It gorges on the Ice Cream Sandwich version 4.0.4 OS and nothing has been mentioned about an OTA update for v4.1 as yet. As for the screen of the device, it has been blessed with a 4.3-inch one. This qHD IPS display manages to render clear visuals in 540 x 960p resolution. 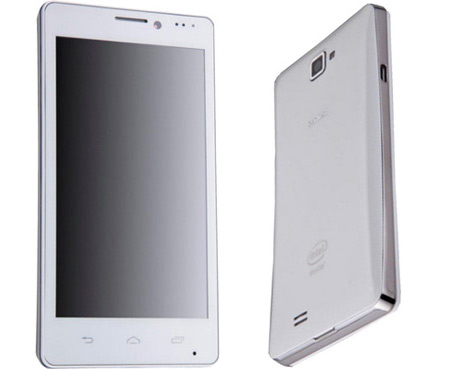 Coming to the cameras of the handset, it has two of those for facilitating video conferencing as well as capturing good-quality pictures and videos. A 0.3MP webcam sits on the front, while a 5MP snapper with LED flash, auto focus, digital zoom and a video recorder lays claim on the back side. Casual photographers can make use of 4GB of onboard memory to save their pictures and can insert a microSD card in the dedicated expansion bay for increasing it further by up to 32GB.

The dual SIM smartphone incorporated with a 400MHz GPU, tags along a gigabyte of RAM for the purpose of ensuring smooth navigation at all times. Measuring 64.7 x 126 x 10 millimeters, it tips the scales at 150 grams and even manages to cram in a power pack of 2000mAh capacity. It should keep the device going for an entire day. 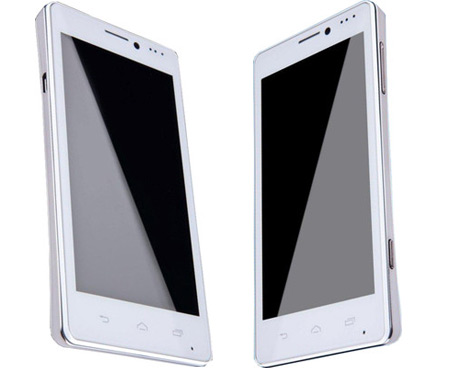 Drenched in the shade of white, this gadget brings the usual sensors along with an accelerometer and a magnetometer. Features that customers may require for on-the-run entertainment have been added to the mix as well. There’s Bluetooth, Wi-Fi and GPS and the reasonably priced phone is also compatible with 3G mobile networks.

The Lava Xolo X910 is currently unavailable in India, but Flipkart has tagged its price at just under Rs. 10,000. It should hit stores soon.