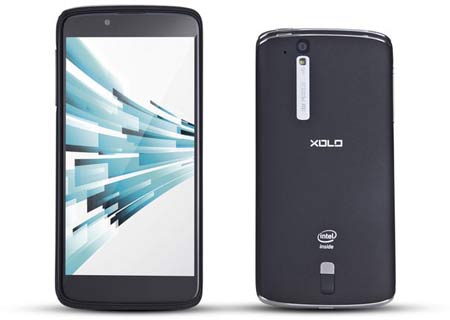 Lava has announced the Xolo X1000 in India along with the official reveal that the phone will come bearing an Intel chip and quality features for a price of Rs. 19,999. Other features boasted by the company include an HD display, Android Ice Cream Sandwich and a 2.5D edge-to-edge curved glass design.

When we first heard the news about the Lava Xolo X1000, we assumed that it would be based on the new Clover Trail+ architecture bearing dual cores. However, that isn’t the case here. When the chip maker announced its Medfield platform, Lenovo was initially the one to introduce a handset running on the SOC, but was beat to the punch by the X900 which made it to the market first packing the same processor. We were hoping that history would repeat itself, but it looks like the smartphone in question would just do considering the features it has to offer for the mid-range retail tag. 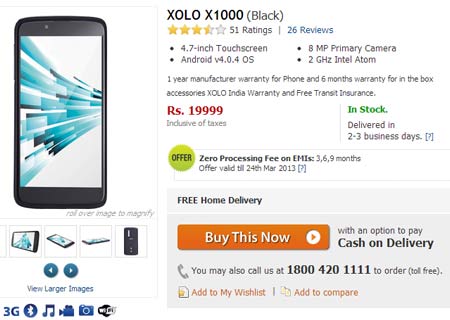 The handset comes with a single core Atom SOC, the Z2480, which was seen in the Motorola Razr i. The processor is clocked at a whopping 2GHz and supports Hyper Threading to enhance performance altogether. Clubbed with the chipset is none other than the PowerVR SGX540 GPU that carries a clock frequency of 400MHz and an entire gigabyte of RAM. The Android 4.0 platform is delivered through a TFT LCD Sharp display proffering a resolution of 1280 x 720p and a pixel density of 312ppi. While the rear is dressed with a premium black-silver colored finish, the front is coated with an anti-finger coating.

In terms of dimensions, the device measures 67.6mm x 133.9mm x 9.1mm and it tips the scales at 140 grams. 8GB of memory is fitted on the inside for basic hoarding purposes and provision to expand the overall storage up to 32GB is possible owing to the existence of a microSD card slot. An 8MP camera is embedded onto the rear for recording FHD clips or capturing images, while a 1.3MP front snapper can take self-portraits and be used for video calling. The company has thrown in a 1900mAh battery that’s apparently capable of delivering 9 hours of talktime over 2G and 3G networks or 336 hours of standby on the former cellular band. 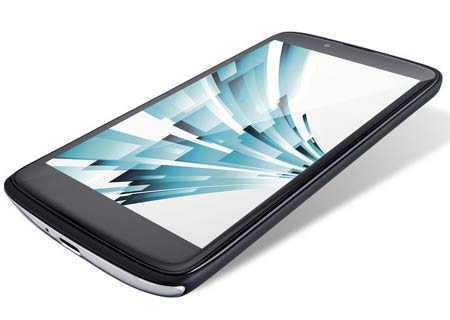 The Lava Xolo X1000 is currently available for purchase in India through the company’s website and Flipkart at the said price. After March 20, it will go on sale via retail channels.