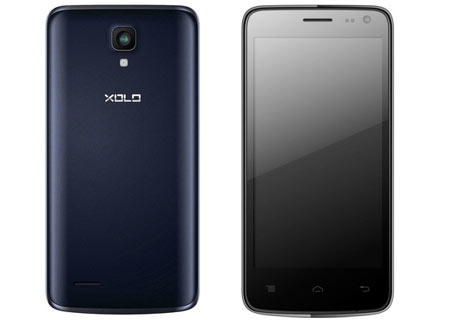 Lava is showing off yet another quad core smartphone dubbed the Xolo Q700 in India and it plans on selling the device for a price below Rs. 10,000. The handset not only carries similar specifications compared to that of the previously launched Q800 handset, but also a cheaper retail amount.

The Lava Xolo Q700 packs in a quad core processor, the MediaTek 6589W-M to be more precise, that’s based on the latest Cortex A7 architecture with a clock speed of 1.2GHz. The SOC is also accompanied by a 238MHz PowerVR SGX544 GPU. The screen size and resolution adopted here remain the same at 4.5 inches wide with 540 x 960 pixels. And the panel employs OGS as well as IPS technologies with a pixel ratio of 245ppi.

Like most smartphones in its portfolio, the company has designed this one with dual SIM slots, allowing users to throw in 2 GSM cards. To top it off, there’s HSPA+ 21.1Mbps support as well. 1GB of RAM assists the CPU in operations, while 4GB of internal storage caters to basic hoarding needs. For high storage requirements, there’s a microSD card slot onboard that can take on up to 32GB max. 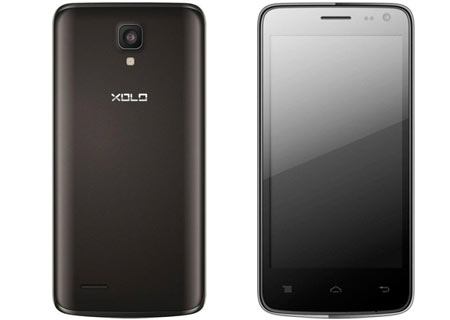 One of the main highlights here that gives the handset the upper hand compared to the Q800 is that it operates on the Android 4.2 Jelly Bean platform. The 5MP autofocus camera on the rear packs a BSI CMOS sensor as well as an LED flash for capturing images in low-light conditions, and it can record footage in 720p HD. The 0.3MP lens on the front can be employed for video calling over 3G or Wi-Fi.

The handset is bundled with various applications such as Switch that lets users create multiple profiles for different people, Secure which enables remote tracking if the phone gets lost or stolen and Power for enhancing the battery life. Speaking of which, a 2400mAh power pack fitted under the rear is capable of delivering 16 hours of talktime or 350 hours of standby over 3G. Other attributes include a dedicated Kids mode and a customizable lockscreen.

The Lava Xolo Q700 has appeared in India on the company’s website as well as online retailer Flipkart at the aforementioned price. This suggests that it should go official soon.