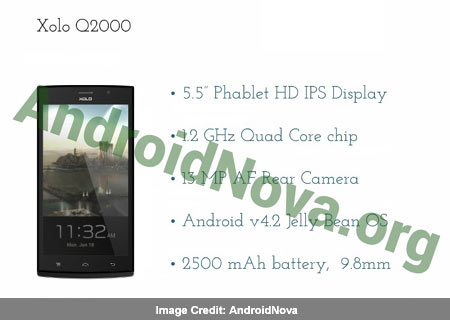 Lava seems to be working on the Xolo Q2000 in India which will cater to the mid-ranged segment touting a mouthwatering price. Additionally, the hardware components it’s rumored to tag along are quite alluring as well.

For starters, the Xolo Q2000 will fall in the phablet category sporting a large 5.5-inch touchscreen. The panel employed here is of IPS type and it proffers HD resolution of 1280 x 720p as well as a pixel density of 267ppi. The handset’s dimensions and weight haven’t been specified, but a report by AndroidNova has a decent roster of other specifications. Like most phones in the manufacturer’s lineup, this one is said to arrive carrying dual SIM slots, albeit there’s no mention of what network bands the hardware will support. 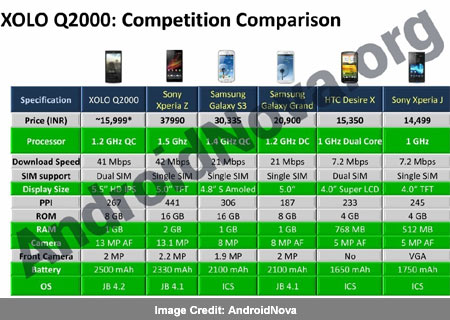 Android buffs will be pleased to know that the device will rock Jelly Bean 4.2 out of the box. Tucked away on the inside is a quad core processor clocked at 1.2GHz. And since we’re dealing with a budget-friendly phone, the SOC is most likely to be from MediaTek. Accompanying it will be 1GB of RAM and users will have 8GB of integrated storage. The rear is furnished with a 13MP camera which is pretty much standard these days as well as a 2MP front snapper. The former is likely to possess full HD video capture.

In other news, the Q700 recently popped up on the company’s website without any official launch. Well, its existence itself suggests that it should be unveiled in the coming days. This phone also runs on Jelly Bean 4.2 and a couple of hardware components are similar to the ones employed in the 5.5-inch device. Buyers will receive a quad core A7 SOC with a 1.2GHz clock speed and 1GB of RAM. The screen size is just 4.5 inches and the resolution is pegged at 540 x 960p. 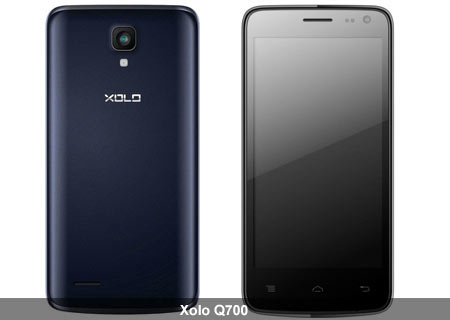 Listed below are the specifications of the rumored smartphone: