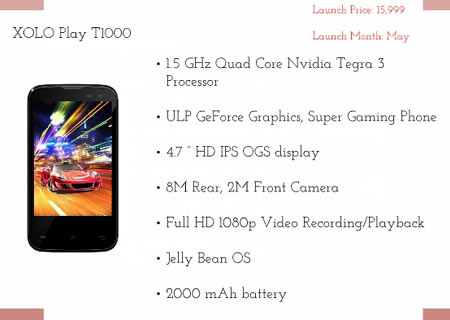 If the rumors of Lava working on the Xolo Play T1000 in India are true, we could be seeing the first Tegra 3 smartphone from a local manufacturer at a budget-minded price. The possibilities of the company taking on the Nvidia SOC is quite high considering that it has already inked deals with Intel for its Atom mobile chipsets numerous times before.

The Lava Xolo Play T1000 is powered by the Jelly Bean 4.1 platform. Most Indian manufacturers tend to side with inexpensive solutions for their budget-friendly smartphones. Such is evident through the many handsets that have been launched over the months with chipsets mostly from MediaTek. Nevertheless, we’re still going to ask – Why Tegra 3 and not the upcoming version? The SOC in question is the same that’s found in the One X and the Nexus 7. Additionally, we’ve already seen a couple of low-budget devices come with the CPU multiple times before.

The phone could pose as a serious competitor to the aforementioned HTC handset as it proffers similar specifications. AndroidNova has managed to get hold of the possible hardware components the device will carry. A 4.7-inch display with IPS and OGS technologies will occupy the front accompanied by a 2MP webcam. The panel also features HD resolution (1196 X 720p) and a pixel density of 312ppi. The rear will sport an 8MP AF camera that will be able to capture videos in 1080p full HD. On the inside, expect 1GB of RAM, ULP GeForce graphics, 8GB of storage and a 2000mAh battery. 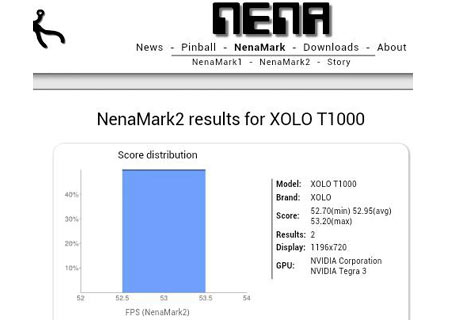 Along with the phone in question, the Q2000 was also under speculation recently. This device falls in the phablet category with a 5.5-inch HD IPS 267ppi display. Delivering the steam here is a quad core 1.2GHz processor which we’re assuming is from MediaTek, based on the power efficient Cortex A7 architecture, and a good layer of Android 4.2. The main highlight is a 13MP rear-facing AF shooter.

The details stated above for the Lava Xolo Play T1000 in India are based on leaked benchmark results and other sources of such. While their authenticity is still under question, we suggest readers to take the information with a pinch of salt and wait for an official confirmation on the specifications, price as well as release date.