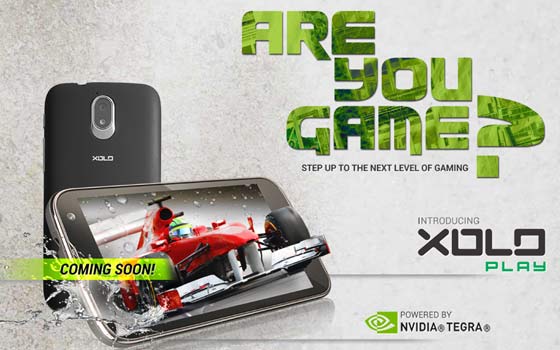 The Lava Xolo Play which was speculated to get unveiled back in May is over a month late as the smartphone has now popped up on the company’s website. Well, Lava is yet to officially disclose its intentions of bringing the handset into the market, but that day is like to be just around the corner.

For starters, this isn’t the first time we’re hearing of the Lava Xolo Play. The smartphone was leaked once before during the month of May along with technical details. Additionally, another handset was under speculation at the time, the Q2000, which is expected to arrive with a 5.5-inch HD screen, a quad core SOC, a large battery and Android 4.2, all for a Rs. 15,000 or above retail tag.

The Lava Xolo Play will arrive with a high performance Nvidia processor. While we’re seeing the Tegra 4 show its true colors in recent benchmarks and new designs, the company has chosen the previous generation CPU, the Tegra 3, to power up this smartphone. Well, we’ve seen multiple manufacturers turn to this SOC for delivering budget-friendly devices including Google with its Nexus 7 slate.

The Lava Xolo Play is being touted as a gaming smartphone carrying a 1.5GHz quad core AP, a 12 core GeForce GPU operating at 416MHz and 1GB of RAM. While the soon to be aged Android 4.1.1 Jelly Bean OS runs the show, the company has fitted the handset with a 4.7-inch HD 312ppi OGS IPS touchscreen, a 2MP webcam, an 8MP camera with a BSI sensor, 4GB of storage and a microSD card slot which supports up to 32GB. Apart from these, there’s a 2000mAh battery that delivers up to 11.2 hours of talktime or around 413 hours of standby.

There’s no release date as yet for the Xolo Play, but based on previous reports, we know that the handset will arrive carrying a price of around Rs 15,999.