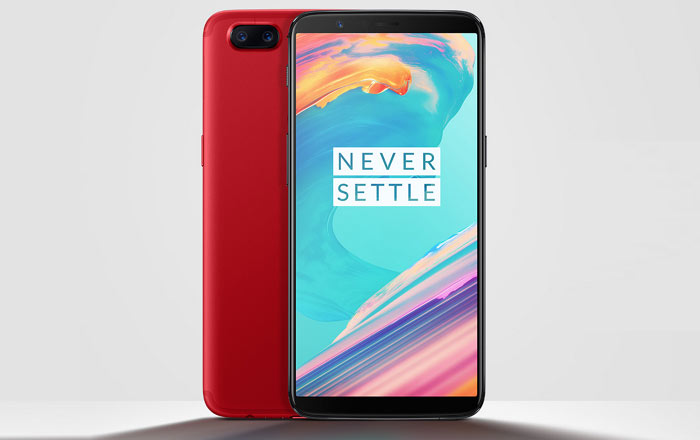 The OnePlus 5T has so far been launched in Midnight Black, Star Wars Limited Edition, and Lava Red Limited Edition variants. Of the 3, the first is available worldwide, the second in India, and the third in China.

This status quo might be changing for the Lava Red shade since Beebom quotes sources close to OnePlus who claim that it’ll be making its way to India on January 26. The color was apparently released to celebrate the company’s fourth anniversary in China, so the logic goes that it’ll do the same for its birthday in India.

The Lava Red OnePlus 5T features a scarlet-dipped back and frame, complemented by narrow black bezels up front. It’s pretty much the same as the original in terms of specs, but differs slightly in the software department. Instead of running the global OxygenOS, it gets by on the China-only HydrogenOS.

OnePlus will presumably switch things up if it really does intend on releasing the red model here. The special version is currently very popular in the brand’s home country, selling out in flash sales within seconds of availability. The device is priced at CNY 3499 for its 8GB/128GB iteration there, the same as the original Midnight Black option.

Based on this, there’s a fair chance OnePlus will slap the same Rs 37999 cost for the 8GB/128GB OnePlus 5T Lava Red Limited Edition. It had notably jacked up the rate for the Star Wars Limited Edition by Rs 1000. We’ll let you know what the company decides to do as we approach the tail end of January.