The Lava IvoryS 3G tablet has just entered the budget-conscious tablet segment of India and the device has already been made available for a price of less than Rs 8,500 via authorized retail channels and online stores in the country. This compact 7-inch device takes advantage of the Android platform and as it features dual SIM card slots, you can use it to make and answer calls as well.

The new Lava IvoryS tablet is powered by a dual core Cortex A7 processor which can clock in a maximum speed of 1.3GHz as well as a Mali 400 GPU. It binges on the Jelly Bean 4.2.2 OS and is not very likely to be updated to the KitKat platform. This device’s entire front panel is dominated by a 7-inch TFT touchscreen of 1024 x 600p resolution. 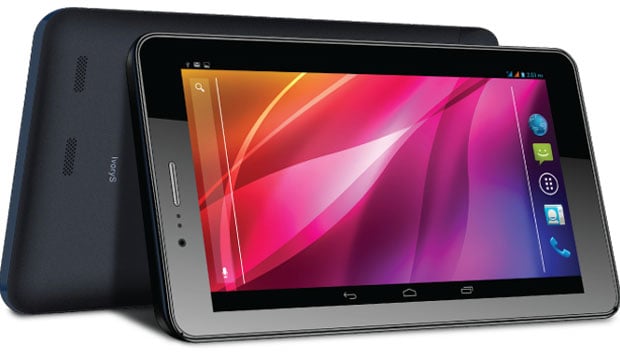 For photography and video calling purposes, the slate in question brings a 3.2MP rear camera and a front-facing VGA webcam. And on the memory front it brings 1GB RAM and 4GB onboard memory expandable by up to 32GB using a microSD card. A 2800mAh battery hides under the hood as well and all of these components are crammed into a chassis measuring 191 x 108.5 x 9.8 millimeters and weighing 300 grams. 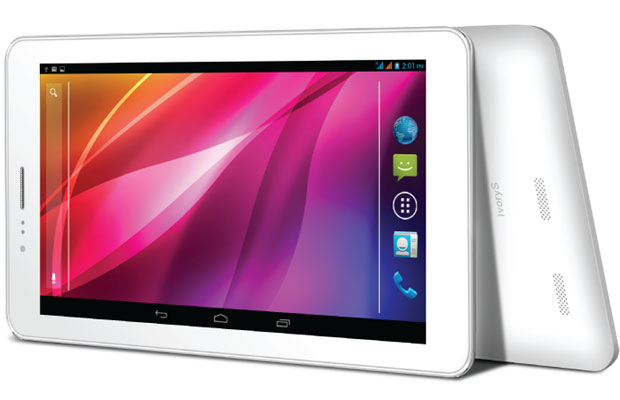 The Lava IvoryS 3G voice-calling tablet has been pegged at Rs 8,499 in India and those interested can head over to the official website for more details on it.

Key specs of the Lava IvoryS: