Lava has finally added a new member to its Ivory tablet lineup called the Lava IvoryE, which carries a reasonable price of Rs 7099. The new slate is a voice calling one and it features dual SIM card slots as well, but is yet to be made available for purchase in India.

The Lava IvoryE can be considered as the successor to the IvoryS which went official back in April. But if you were expecting better features compared to the previous release, you’re going to be disappointed. The new tablet runs on Android 4.2 Jelly Bean which is the same OS offered by the latter. And while there’s dual SIM support, the device only connects to 2G EDGE networks with no support for 3G. 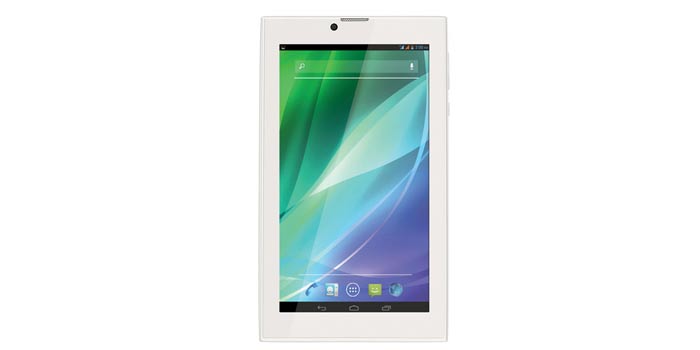 This puts it slightly behind the Mercury mTab Star M830G which tags along 3G HSPA support. The slate falls in the 7-inch category and visuals are delivered at 1024 x 600 pixel resolution. Doing the heavy lifting is a 1.3GHz dual core processor from MediaTek accompanied by a Mali 400 GPU.

Dual cameras can be found on the tablet with a VGA snapper on the front and a 2MP shooter on the rear. Coming to memory provisions, there’s 1GB RAM, 4GB flash storage and a microSD card slot which supports up to 32GB. The device has a 2500mAh battery powering it up and seeing as the capacity is similar to that of a mid-range smartphone, we wouldn’t expect great battery life. 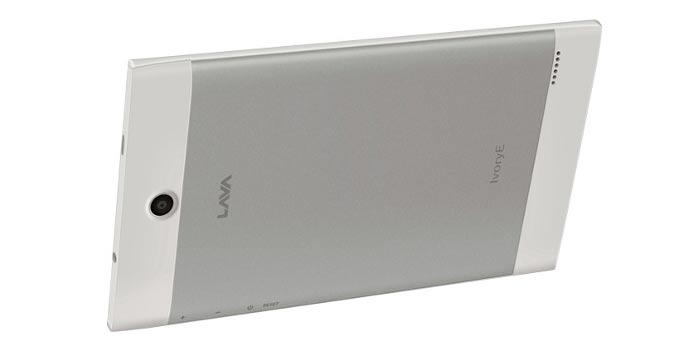 Here’s an overview of the Lava IvoryE specs

Lava is still keeping mum about the IvoryE tablet’s availability details in India. What we do know is that it’ll go on sale in silver and champagne colors.