Lava has gone ahead and added one more smartphone to its selfie phone catalog in the form of the new Iris X1 Selfie which can be purchased in exchange of just Rs 6777. This device comes with an admirable front-facing camera that’s accompanied by a flash in order to facilitate well lit selfies.

The new Lava Iris X1 Selfie hs a number of camera tricks up its sleeve as well. These include smile detection, voice gestures for words like ‘cheese’ and ‘capture’ and the ability to click images when a user makes a ‘V’ gesture with their fingers.

The Iris X1 Selfie benefits from a 4.5-inch 854 x 480 pixel display that’s protected by Asahi Dragontrail glass. There’s a 1.3GHz quad core MediaTek MT6580 processor sitting inside it, alongside 1GB worth of DDR3 RAM. A highlight of this new device is the fact that it runs Android 5.1 Lollipop right out of the box. 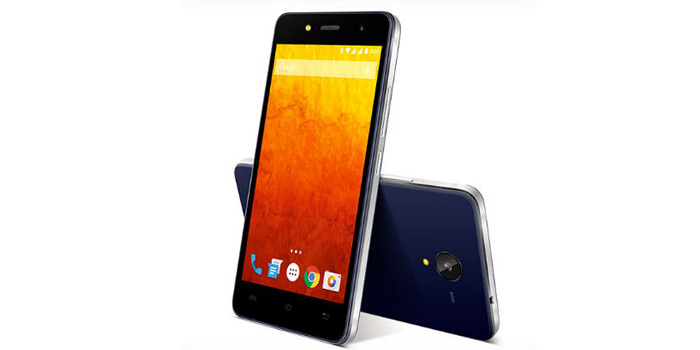 Its front face is adorned by a 5MP snapper, while its rear surface bears an 8MP camera. There’s 8GB worth of storage present onboard this Lava offering as well, apart from a microSD card slot that can be used to expand the space further by up to 32GB. A 2000mAh battery powers this handset from within.

Here’s a neat look at the main specs of the new Lava Iris X1 Selfie:

Like we said, the new Lava Iris X1 Selfie has its price set at an affordable Rs 6777. It should be made available in the Indian market within the next few days.