Lava has decided to launch a new smartphone series in India dedicated to the selfie trend and the first member has been revealed as the Selfie 50 handset. The device is yet to be made official, but it’s now listed on the company’s website with a price of Rs 7999.

The Lava Iris Selfie 50 looks very similar to the Iris X5 which is the OEM’s first sefie-oriented smartphone. And like the latter, this new release also features the same 5MP front-facing camera with an LED flash. Both handsets share various other features as well, including an 8MP camera on the rear with dual LED flash. 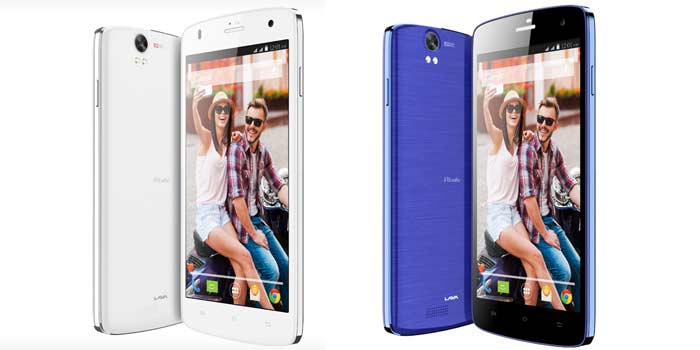 On the front, there’s a 5-inch 1280 x 720 pixel LCD panel and a 1.2GHz quad core processor delivers the steam from the inside. Of course, Android 4.4.2 KitKat comes preloaded and the official product page notes that you’ll be treated to the standard Android UI which is a Nexus-like experience.

In the memory department, the phone has the standard 1GB RAM and 8GB internal flash storage. A microSD card slot is also onboard and it supports up to 32GB. The main difference between the Iris Selfie 50 and the X5 is that the former comes with a larger battery of 2400mAh capacity. You also get a decent talk time of around 10 hours and up to 200 hours of standby on 3G.

Below is a quick look at the key Lava Iris Selfie 50 specs:

The Lava Iris Selfie 50 is likely to get an official launch in the coming days and it should go on sale soon.