Everyone’s being a tease nowadays and the Lava Iris Pro is the latest device to get flaunted to the public sans the provision of adequate details. Well, showing off a phone partially really helps OEMs garner attention as well as publicity and it also gets people speculating on what the handset would be. Nevertheless, expectations are usually set high, while companies at times, don’t quite deliver what’s being anticipated.

Let’s hope that’s not the case for the Lava Iris Pro as we’ve got nothing more than a couple of hardware components confirmed, with the rest being pure speculation based on market trends. The company is promoting the device with the tagline ‘We put the art in Smart.’ What’s more, we’re likely to see not one, but multiple smartphones being announced on August 25 as the Lava Iris Pro is being teased as a series through a video. What we can confirm so far is that it will rock a quad core 1.2GHz processor (definitely a MediaTek MT6589) which is quite a downer. 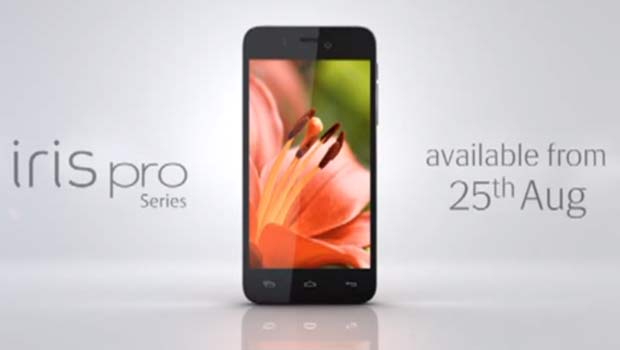 We’re not sure why Lava would go with the MT6589 chipset for the Iris Pro when an enhanced version dubbed MT6589T (Turbo) is already available and deployed in various devices with a 1.5GHz clock speed. The display size hasn’t been mentioned, but we know that it will feature HD visuals. Also, you can expect it to have an entire gigabyte or probably 2GB of RAM and the usual embellishments. The rear sports a camera with dual LED flash and the overall design is quite stylish as well slim, somewhat like that of the iPhone 5. But don’t take our word for it – Check out the video embedded below and judge for yourself.

We’re going to hold off the speculations until we get more concrete details on the Lava Iris Pro, so stay tuned for an update.