Lava Iris Pro series of smartphones could be launched this Friday

The Lava Iris Pro series of smartphones has been around for a long time now, but the company has yet to launch devices under the category. However, it looks like users interested in these handsets may not have to wait for very long as they can expect them to be launched this week itself.

As we said, it is a range of smartphones and will have multiple gadgets to its credit. It has been about 8 months since the company started teasing the phones and we have also come across advertisements on television as well as on the official YouTube channel. Apparently, January 17, that is, this Friday will be the day when the lineup will be unveiled. 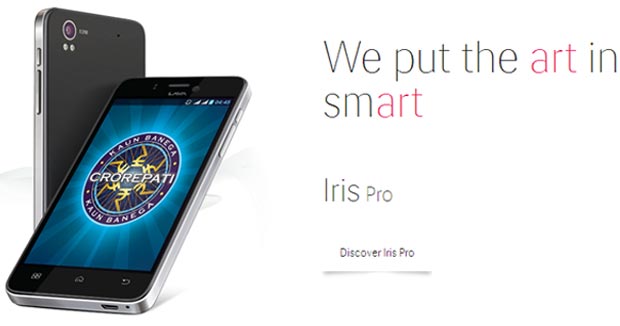 The high-end Lava Iris Pro device will not only be loaded with some advanced features, but will also sport a stylish form factor as you can see in the video posted below. It is likely to weigh in at less than 115 grams and a laminated touch panel will be accommodated on the front side. A layer of Corning Gorilla Glass will be present to keep scrapes and scratches at bay.

With the new phones, Lava is definitely looking forward to give some tough competition to the likes of Micromax and Gionee. The former is riding high on the success of the Canvas Turbo, while the latter brought the Elife E7 to the country only recently. Both of these smartphones boast of full HD displays and an assortment of high-end specifications.

Like we said, the Lava Iris Pro series of smartphones will be launched in India this week.

Facebook
Twitter
Pinterest
Linkedin
ReddIt
Tumblr
Flip
Previous articleMoto X to enter UK on February 1, to set you back by £380 off-contract
Next articleMotorola Moto G to soon give Micromax and others a run for their money