The Lava Iris Pro 20 is the latest member in the Pro series of smartphones from the Indian manufacturer, and the device wishes to take the Pro 30’s legacy forward. The latter was the first smartphone to be released under this series and even serves as an inspiration to the handset in question.

This affordably-priced device comes drenched in the navy blue shade and flaunts a 4.7-inch multi-touch LCD screen complete with the IPS and OGS technologies. You can expect the display to deliver visuals in 960 x 540p resolution and withstand from scrapes and scratches, thanks to the Corning Gorilla Glass 2 coating. The dual SIM Lava Iris Pro 20 tips the scales at merely 112 grams. 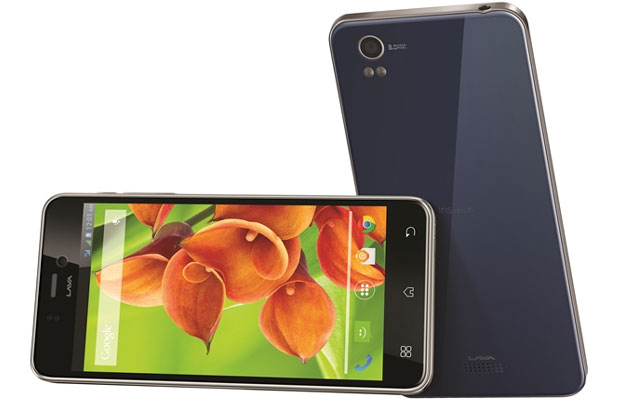 Featuring dual SIM card slots, the device is powered by a 1.2GHz quad core processor as well as 1GB of RAM. And as for the onboard storage of the smartphone, it amounts to merely 4GB, but you do get the option of bumping it up by up to 32GB with a little assistance from a microSD card. The phone is fueled by a 2000mAh battery boasting of CABC power-saving technology which claims to increase its efficiency by 30 percent.

And what’s more, an 8MP camera complete with attributes like LED flash, HDR, Panorama, Zero Shutter Lag and auto focus amongst others, has been fitted on the rear panel. Another VGA camera rests on the front for video conferencing purposes. Some of the other pointers on the specs list of the Lava phone include Bluetooth, GPS, Wi-Fi and USB connectivity to name a few.

The Lava Iris Pro 20 is slated to be made available through authorized stores and e-retail websites across India for Rs 13,999.