After launching the Fuel 50 with a large 3000mAh battery last week, Lava has revealed another attractive smartphone for the budget category through the Iris 500. The device was been tagged at Rs 5499 on the official website and it offers entry-level features.

At this price point, you’ll normally get mediocre looking smartphones, but the Lava Iris 500 isn’t one of them. The device has quite an attractive design, yet not as alluring as Xolo’s One and A550s IPS handsets which retail at around the same price. 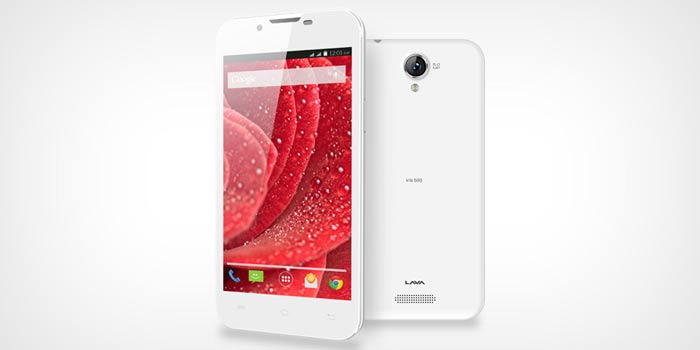 The Lava handset is, however, larger than both aforementioned devices as it offers a 5-inch display. The screen which is an IPS panel is said to proffer wide viewing angles and FWVGA resolution. Accompanying it is a VGA snapper for video calling and taking selfies. On the rear, there’s a 5MP camera with LED, but it’s a fixed-focus one.

If that’s not disappointing enough, the device is powered by a 1.3GHz dual core processor and has only 512MB of RAM. To make matters worse, there’s no 3G connectivity either and the product page says that the phone doesn’t even support EDGE. Clearly, there seems to be a few errors with the official listing. Dual SIM card slots are also onboard along with a 1800mAh battery and Android 4.4 KitKat.

The Lava Iris 500 is yet to be officially launched by the company, but it’s already available for purchase on eBay for a lower price of Rs 5099.