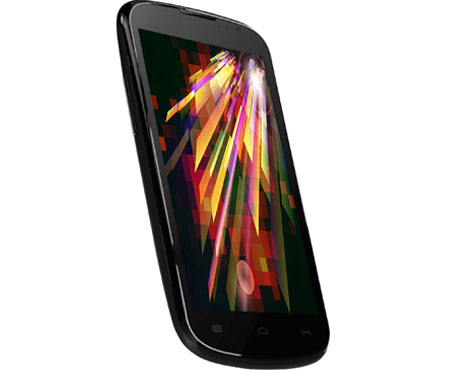 The Lava Iris 458q has been launched in India, its a quad core handset which seems to come across as the least expensive device in this category because of its price of Rs 9,000. To make it big in markets in the subcontinent, the handset will have to compete with the likes of Micromax Canvas Doodle, Ultrafone 701 HD and 119Q Signature HD to name a few.

The device’s key attraction is its multi-core chipset that claims to clock in a maximum speed of 1.2GHz and thus, allows prospective users to launch more than a couple of applications at the same time. Its other specifications are also on par with those of its reasonably-priced rivals. The Lava Iris 458q operates with the assistance of the Android Jelly Bean 4.2 platform which should not only bring an intuitive interface, but also ensure smooth transition between applications.

Featuring a slim form factor, the Lava 458q has been reinforced with matte finish for an elegant look. Customers will find a ‘crystal clear’ capacitive display of FWVGA resolution on the front side, providing a multi-touch real estate of 4.5 inches. A VGA webcam has also been placed besides the screen for facilitating video conferencing over the internet. 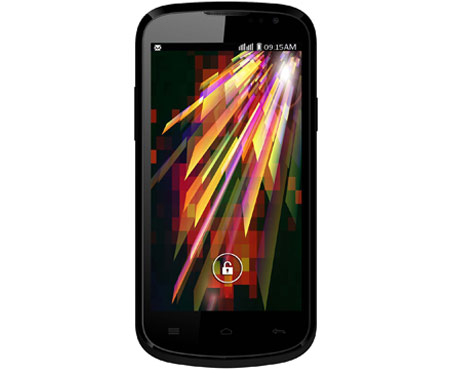 And for capturing decent-quality pictures and videos, the handset is armed with an 8MP auto focus camera with flash. It goes without saying that it can be employed for the purpose of recording videos as well. All the essential sensors are in place and the smartphone tags along 512MB of RAM along with 4GB of onboard memory. A microSD expansion slot has been embedded for increasing the storage by up to 32GB.

The device that draws power from a 2000mAh battery, supports 3G networks and even has built-in Wi-Fi for internet access through hotspots. Bluetooth v3.0 enables wireless data transfer to and from compatible gadgets, while GPS comes in handy for turn-by-turn navigation on the run. A number of applications like WeChat, Push Mail and eBook reader have also been pre-loaded on the phone.

The Lava Iris 458q is slated to be made available through major online retailers and outlets for a price of Rs. 8,999.

Key specifications of the Lava 458q: