The Lava Iris 450 Colour smartphone has quietly gone official via the company website and although nothing has been revealed about its availability as yet, we expect the device to be made available pretty soon. Its price details have been kept under wraps as well.

As the name suggests, the Lava Iris 450 Colour smartphone arrives in various shades and even tags along back covers in vibrant hues for personalization. The curvaceous smartphone’s front side flaunts a 4.5-inch IPS capacitive touchscreen which claims to deliver clear visuals even in bright sunlight. It has a wide viewing angle and a resolution of 854 X 480 pixels. A VGA webcam has been placed in the front as well for facilitating video conferencing on the move. 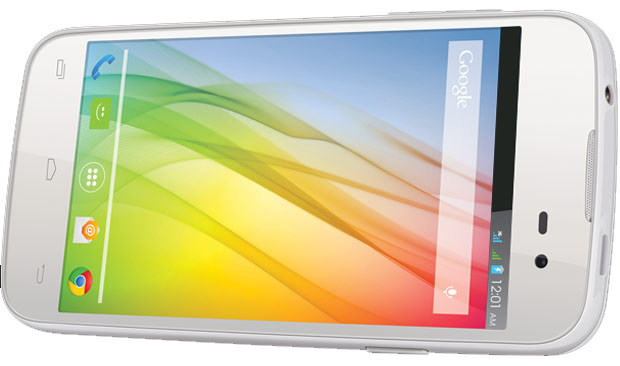 Another 5MP snapper rests on the rear panel to fulfill potential buyers’ photography needs and brings features like 720p video recording, HDR, panorama, burst mode, digital zoom and much more. The Lava phone’s internal working is carried out under the supervision of a dual core processor sprinting at 1.2GHz which is accompanied by a 400MP GPU as well as 512MB of RAM.

Its internal memory may be limited to 4GB, but the phone is embedded with a microSD card slot to let users increase its storage capacity by up to 32GB. A 1800mAh battery powers the gadget and ensures talk time of up to 8 hours and 31 minutes in the 3G mode. The Android Jelly Bean 4.2 OS is responsible for bringing an intuitive interface to the table. 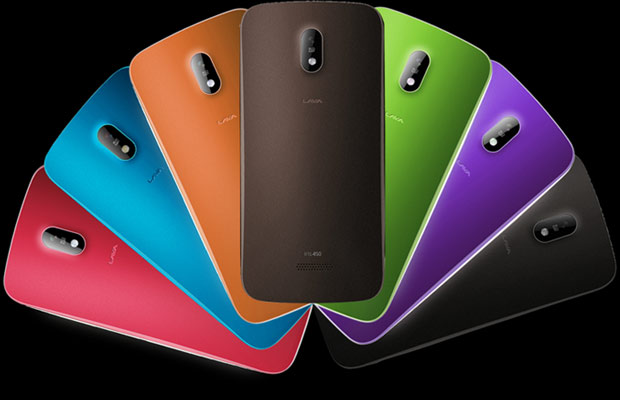 You can visit the official website for more details on the Lava Iris 450 Colour.