Listed on its maker’s official website for some time was the Lava Iris 350M which we had seen going on sale a while ago. It’s specs are shouting entry-level from the word go, but the company is still shying away from mentioning a fixed price. HomeShop18 however, has jumped the gun and is currently selling it at Rs 3,329 against an MRP of Rs 3,949.

This phone benefits from a 3.5-inch touchscreen display which garners an HVGA resolution of 320 x 480 pixels. It runs the Android 4.2 Jelly Bean OS and is powered by a 1GHz dual core processor which is backed by 512MB worth of RAM. 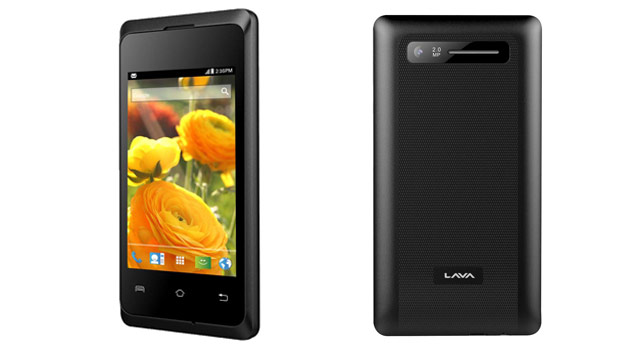 A 2MP main camera and a VGA front snapper also form part of the Lava Iris 350M’s offerings. This phone grabs just 512MB worth of storage, but there’s scope for further expansions thanks to its microSD card slot which supports up to 32GB of added space.

The handset is kept going by a 1200mAh battery. It features two SIM card slots, with both of them offering support for GSM networks. Usual connectivity features like Wi-Fi, Bluetooth and GPS have been taken care of by its manufacturer as well.

Here’s a neat look at the specs of the Lava Iris 350M:

Like we said, the Lava Iris 350M is on sale only through HomeShop18 right now at Rs 3,329, but you can expect other retailers to start stocking it soon.

Facebook
Twitter
Pinterest
Linkedin
ReddIt
Tumblr
Flip
Previous article
BlackBerry Z3 poised to hit India soon, here’s what you can expect its price to be
Next article
MTS Blaze 5.0 smartphone priced at Rs 10,999, can net you 100GB of data for a year