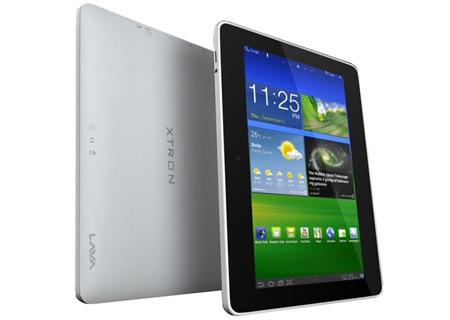 Teased for the past few days, the Lava E-Tab Xtron has been launched in India and is available for a maximum retail price of Rs. 6,770. The slab comes with the latest in terms of the Android platform and an attractive 7-inch display infused with IPS technology. This, the company says, makes it easy to view even in direct sunlight.

What can be said about the device is this: it comes in a delightful package, and with Jelly Bean, it jumps onto a new battlefield, distinguishing itself from other devices that run on Ice Cream Sandwich and lower. The manufacturer has been steadily growing in confidence, having released the Z7H and the Z7S in the past, which fall considerably shorter than its latest. 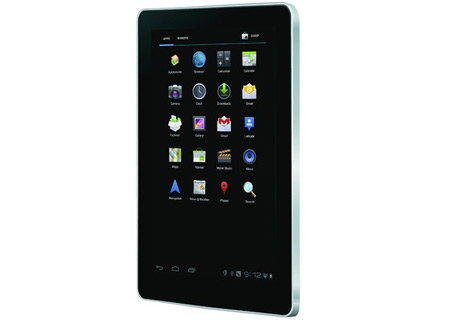 It comes with a 7-inch IPS display throwing out images and video at a resolution of 1024 x 600 pixels. There is a 2MP camera on the front panel, while the rear is missing one. But the talking point is its large 3500mAh battery unit which can apparently deliver about 3.5 or 4 hours of usage with Wi-Fi on. As a result, the slab isn’t the slimmest, and measures in at 184 x 131 x 11.5 millimeters in dimensions.

Well, all those ‘Are you ready?’ tweets seem justified in a way because the tablet comes with some really nice features that the company says are the best in its class for the manner in which the device is positioned. A dual core ARM Cortex A9 processor running at 1.5GHz along with a quad core Mali-400 GPU definitely helps its cause, but there’s also 1GB of DDR3 RAM padded in to keep things functioning smoothly. 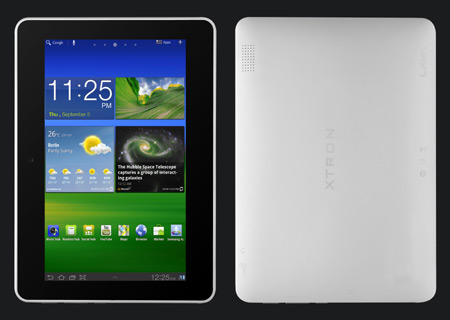 8GB of memory makes its way into the slab, although just about 5GB of this is accessible to users for hoarding content. And if needed, this volume can be expanded by up to 32GB via a microSD card. Connectivity options include Wi-Fi and the device can get a boost of 3G via a compatible dongle.

For now, the device is available only on Flipkart for Rs. 6,499. The company has collaborated with several partners to deliver interesting packages that can be availed of at retail stores. 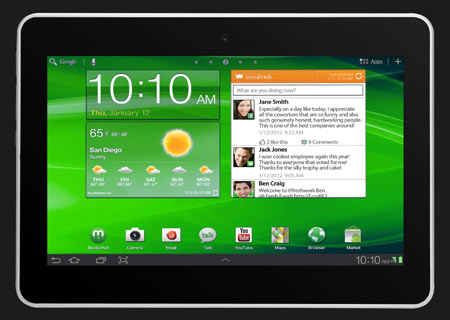