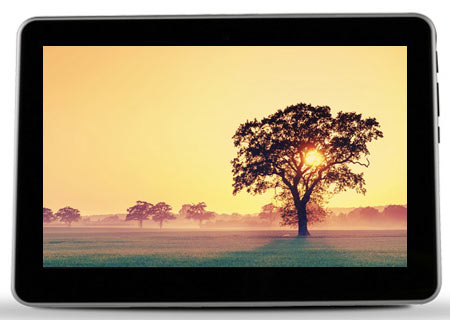 A new tablet from Lava has breached the affordable segment going by the name E-Tab Xtron+ in India and this Jelly Bean rocking 7-inch slab is on sale for a sub-Rs 7,000 price. The plus in the moniker suggests that the device is the successor to the slate that was launched back in February this year.

Based on the details provided, the Lava Xtron+ packs in slightly beefier specifications compared to that of its predecessor. Android Jelly Bean is the point of interest here as well, albeit this one comes with a much newer version of the OS which is 4.2. While we wouldn’t expect much on the customizations front, buyers are likely to receive the stock UI as there’s no monition of a company-exclusive skin. 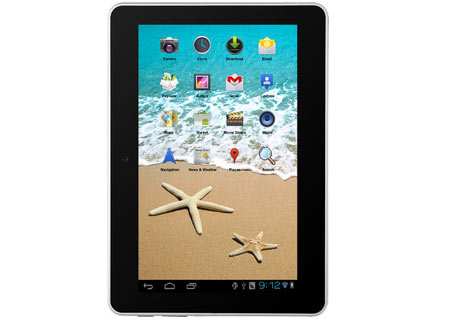 Additionally, preloaded tools and services like free Edukart content as well as a 20% discount on courses will be provided. Students will also be able to get their hands on some Vedic math courses without paying a buck and avail a discount of up to Rs 4,000 off from Meritnation. For entertainment, offers on Bigflix content will be provided as well.

At 7 inches wide, the TFT LCD screen proffers a resolution of 1024 x 600 pixels with capacitive multi-touch input. Unlike the previous version, the 2MP camera has been placed on the rear, while a 0.3MP webcam has been fitted onto the front. What remains untouched is the dual core 1.5GHz processor that’s based on the Cortex A9. Accompanying the CPU is a quad core Mali 400 GPU from ARM. 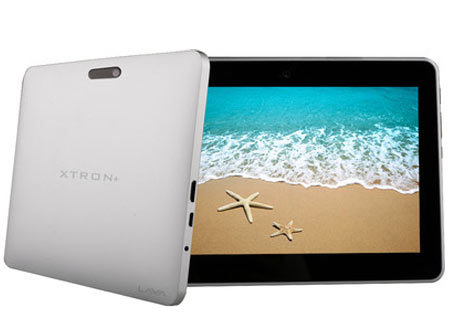 Memory needs are in the hands of 8GB internal NAND flash storage and a 32GB-complaint microSD card slot. There’s also 1GB of RAM for better application performance. A 3700mAh battery bundled with the slate is said to deliver 4 hours of activity while browsing over Wi-Fi. A power optimizing app is included as well.

The Lava E-Tab Xtron+ is available for purchase on Flipkart for a Rs 6,990 price which is inclusive of taxes. The tablet is expected to be delivered within 7 to 8 days of order.