The affordable smartphone market which is dominated by Android devices is seeing new competition from Microsoft’s Windows Phone OS as new super cheap phones are making their debut, the Lava Iris Win1 being the latest. This handset is priced at Rs 4999 which makes it one of the cheapest WP8.1 devices available.

At the said price, the Lava Iris Win1 is tagged the same as the Celkon Win 400 which went official last week. Both phones offer similar features, but the latest release has the advantage mainly because it sports a larger battery of 1950, while the latter carries a 1500mAh cell. Additionally, the new handset also has an entire gigabyte of RAM which gives it access to a wider catalog of apps and games on the Windows store. 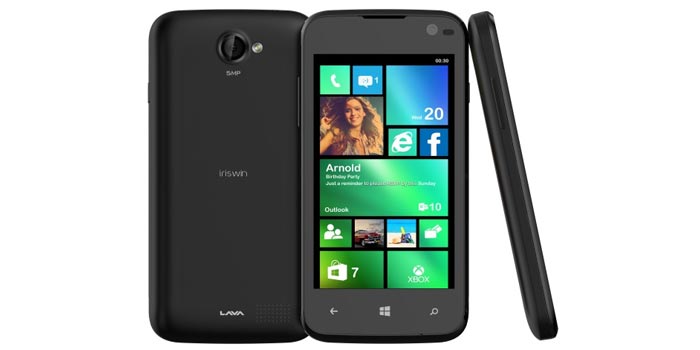 Design-wise, the two handsets look almost identical and that’s probably because they’re sourced from the same OEM and repackaged under different brands in India. According to the company, WP8.1 is preloaded with the Iris Win1 and it’s unknown whether the phone sports the latest enhancements revealed by Microsoft.

Being an entry-level release, the Lava handset comes with a 4-inch WVGA display and dual camera (VGA front and 5MP rear). There’s 8GB of storage as well, and a microSD card slot which supports up to 32GB. A 1.2GHz processor, probably Snapdragon 200, powers up the device.

The Lava Iris Win1 is scheduled to go on sale in India from December 4 exclusively through Flipkart.