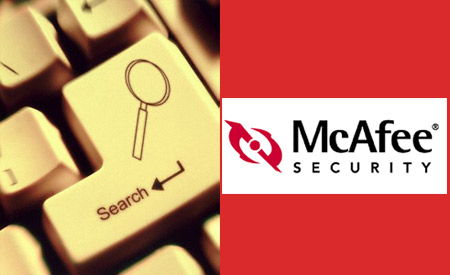 According to a study by McAfee’s SiteAdvisor group, more than 276 million Web searches monthly link to sites deemed dangerous by SiteAdvisor. The study is part of a report called “The State of Search Engine Safety” released today.

For instance, the study found around 42 per cent of the results using the term “screensavers,” led to sites flagged with a “red” warning or a cautionary “yellow” by McAfee’s SiteAdvisor service.

Besides, other keywords that McAfee deemed risky include names of popular file-sharing software such as “BearShare”, “LimeWire” and “Kazaa”.

In many cases, the programs come bundled with adware and toolbars that McAfee considers unwanted.

However, McAfee did find that it was slightly safer to use search engines on the whole. Although about 4 per cent of search results lead to sites deemed risky, this number has dropped down from 5 per cent a year ago.

According to Mark Maxwell, senior product manager for SiteAdvisor, “We’ve seen some incremental steps in the right direction. But the average Joe user should be aware there’s still plenty to be concerned about.”

Risks are greater when clicking on keyword ads that make up much of search companies’ revenues: According to McAfee, 7 percent of such links produce risky sites, down from 8.5 percent a year ago.

Search companies have taken steps to mitigate the risks. Google, for instance, sometimes flags links to sites it deems risky, and McAfee found a notable drop in risk when using Google, AOL and Ask. Ask and AOL get search ads from Google, and AOL uses Google to power regular search results as well.

According to Tim Dowling, a McAfee VP, “an active search engine user, one that performs more than 10 searches per day, is likely to visit a dangerous site at least once a day.” Mark Maxwell noted that SiteAdvisor users average more searches than the general population, possibly because they feel confident they won’t wind up at a dangerous site. Naturally McAfee encourages all Internet users to download the free SiteAdvisor utility, or purchase the more powerful SiteAdvisor Plus ($24.99/year, $5 off for the first year).