The Android and iOS versions of Instagram have just been blessed with a small yet interesting update, even as its Windows Phone variant continues to wallow in beta territory. Anyway, the new features introduced by the release include changes to its Explore page and the ability to go back and edit your captions.

Firstly, the Explore page on Instagram has a completely new icon to sport now. Instead of the earlier star icon, you’ll see a magnifying glass which will take you to your discovery page. Once you’re in there, you’ll notice that there are now two tabs instead of one. 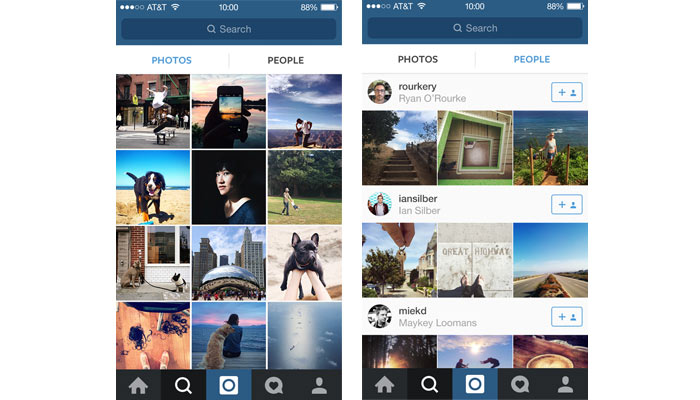 While one among them is labeled Photos, the other tab is named People. The former was already there in the previous versions of the app, and remains as it is. But the new People tab has been introduced with an aim of letting you discover interesting accounts to follow.

According to the developers, Instagram users have been demanding the option of editing captions since a pretty long time now. This new feature will enable them to edit the captions on their photos or videos even after they have posted them. This would surely come in handy for those with a tendency for a few typos here and there.

All they need to do in order to make changes to their captions is click on the new ‘Edit’ option in the menu beneath their image or video. This will let them add or subtract anything that has been used to describe your uploaded content. 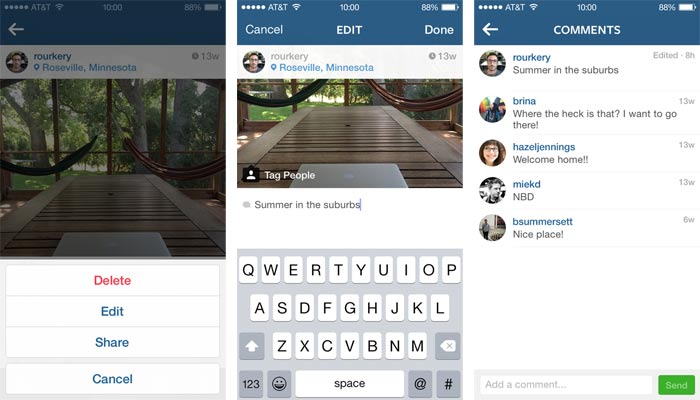 The new Instagram update is live now for both Android and iOS devices, and is rolling out in a gradual manner through the Play store and the App Store, respectively.