Google has issued multiple updates for its apps and services and it has also extended its Play Movies & TV application to the iOS platform. The Chrome web browser for Android and Apple’s mobile OS now features data compression, while Gmail has been treated to a few enhancements as well.

Let’s start off with the Google Play Movies & TV application for iOS. This new release will give you access to your library of content purchased or rented on the Play store. On the downside, you cannot rent or buy TV shows or movies through the app and content can only be streamed over Wi-Fi and not cellular data. 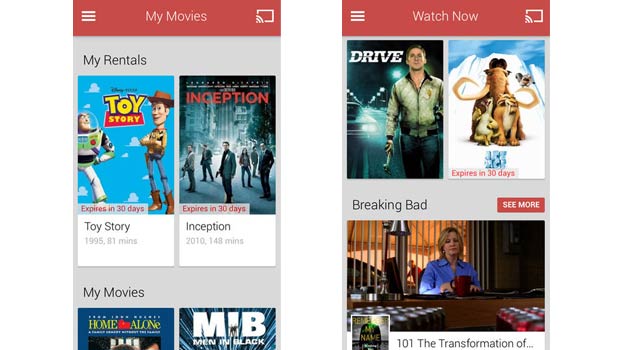 According to a post on iMore, the application has another limitation which is the lack of offline play since no local storage support has been provided. On the bright side, it does tag along compatibility with Google’s Chromecast dongle. The software is designed to work on all iDevices running iOS 6 and above. Coming to the Google Chrome web browser for Android and iOS, the company has added data compression and bandwidth management capabilities.

When enabled, Chrome will reduce the overall data consumption by up to 50%. Additionally, it will also flip the switch on the Safe Browsing technology that helps identify malicious webpages. The new features can be turned on from the settings menu from where, you’ll also be able to track your data usage and the amount of data that’s been compresses. The new update even allows you to add website shortcuts to the home screen on Android, while iOS users will be treated to Google Translate through the browser itself. 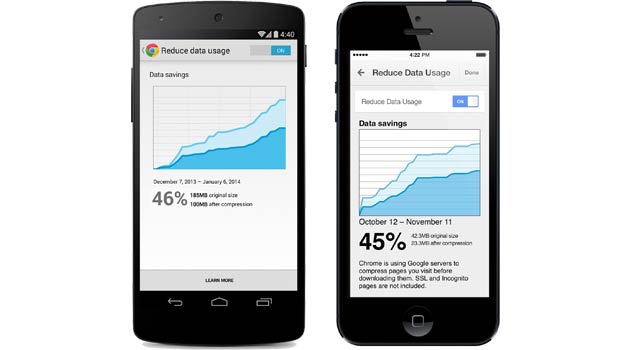 Lastly, a new feature has been incorporated into Gmail which now allows you to star individual contacts from your list, just like important messages.