Google and Motorola have teamed up to craft the Nexus 6, the ultimate phone meant to showcase the brilliance of the all new Android 5.0 Lollipop OS. This handset will be put up for pre-order on October 29, and will be released in November with its price tagged at $649.99 or $699.99, depending on its storage capacities of 32GB and 64GB.

Wow! That’s quite a massive asking amount for a Nexus device, considering that the previous such smartphone was released at $349. It seems, the subsidies which Mountain View used to provide to the handsets have been taken off in lieu of profit, as that’s particularly what the company was not earning from Nexus devices according to hearsay. 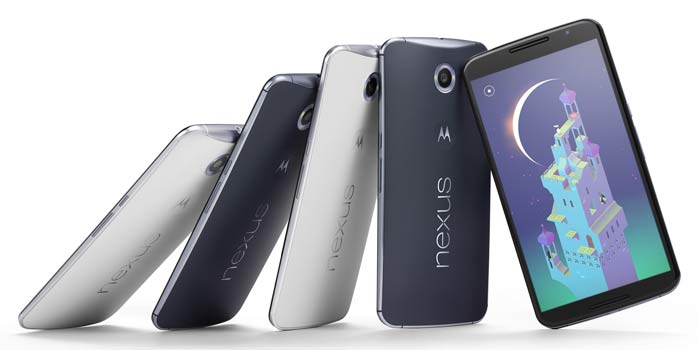 The new phone is of course made by Motorola, and it features the same design language as the one we’ve seen on the Moto X. This is why there’s a metal frame binding the body together, while there’s even the familiar ‘M’ dimple on the rear surface and a ring flash surrounding the camera.

Of course, this phone bears the Android 5.0 Lollipop OS, which comes with a complete visual overhaul as well as a bevy of interesting features to take advantage of. The new Nexus 6 houses a considerably large display which is 5.9 inches in size and 1440p in resolution.

This means there has to be a massive battery to power it, and we guess the 3220mAh power pack it houses should suffice. There’s wireless charging support as well as compatibility with Motorola’s Turbo Charger that’ll come bundled with it. This unit is capable of getting the device ready for 6 hours of use after just 15 minutes of charging.

Its dual front-facing speakers provide stereo sound, and they have been coated in such a way that they are vulnerable to water splashes. Its 13MP camera module kicks in an f2.0 lens, and even comes with optical image stabilization.

Here’s a complete look at the specs of the Google Nexus 6: 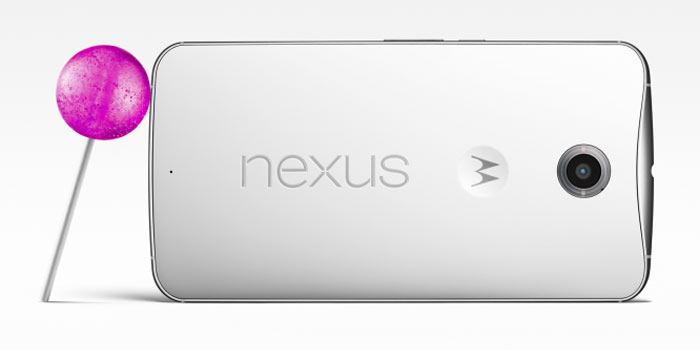 The Nexus 6 will be manufactured in the form of two different models based on network bands. The one meant for the Americas will surprisingly feature support for all the carriers in the US, including AT&T, Sprint, Verizon, T-Mobile and US Cellular. The international model will kick in 2G, 3G and LTE for all major bands.