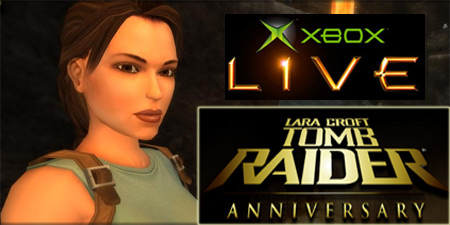 This happens to be a first for Microsoft, as Lara Croft Tomb Raider Anniversary is the first full-scale computer game to be launched in this way.

Owners of Microsoft’s Xbox 360 console will be able to purchase a serialized version of the full Lara Croft Anniversary game from September onwards episode-wise via the company’s Xbox LIVE Marketplace.

Nowadays, more and more games are being played over broadband networks using the latest video game consoles. Both Microsoft and SCi agree on this saying that digital downloading of computer games in a growing part of their business strategy.

According to SCi Entertainment Chief Executive Jane Cavanagh, “This is part of our strategy to grow our presence in online and digital distribution as we believe there are huge growth opportunities arising from this delivery format and we intend to capitalize on the increasing demand for digitally downloaded content.

Those who already own the Lara Croft Tomb Raider Legends game will be able to download the first two Lara Croft episode of the Anniversary Edition come September 2007, with the latter two parts to follow soon.

Also, the serialized version of the game will feature enhanced game-play and graphics compared to other versions that have already been released.

The episodes will cost 2400 Microsoft Points for all four episodes. However, the Croft Manor level will be free to download.

Also, look out for additional Tomb Raider Anniversary downloadable content that can be purchased through Xbox 360 LIVE Marketplace.

Tom Raider Anniversary was launched worldwide in June on Sony’s PS2 console and Windows PCs this year. However, a physical copy of the game will not be marketed to Xbox LIVE customers through shops until later this year.