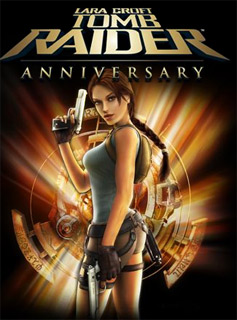 Eidos and Crystal Dynamics have announced the release of the highly-anticipated Lara Croft Tomb Raider: Anniversary game title. The game, which has versions available for the Sony PS2 and PC, has already begun shipping to North American retailers.

According to Bill Gardner, president and CEO of Eidos, “The anniversary edition is a fan-inspired celebration bridging Lara Croft’s groundbreaking past with a revived passion for new adventures and technical advancements. Lara Croft is at the doorway of a new decade, and we’ve made sure she’s ready to face exciting new challenged in the world of entertainment.”

Okay, so what can you expect is this special anniversary version of Tomb Raider? Well, for starters, the game takes advantage of over 10 years of technical advances to recreate the sense of isolation, suspense and surprise that the original title became famous for. 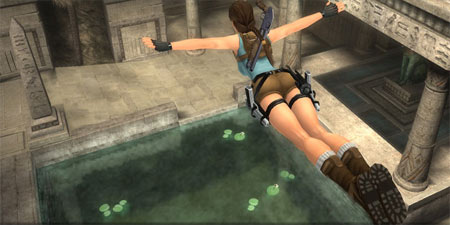 But, unlike the old version, the Anniversary version has expanded environments, enhanced puzzles, updated weapons, and the smooth yet athletic movements that were seen in 2006’s Tomb Raider: Legend game.

For now Lara Croft Tomb Raider: Anniversary is available only for the PS2 and PC. In the near future, versions for the Sony PSP and the Nintendo Wii are expected to come out.

And, if you are to believe the ESRB ratings list, which has listed five different Tomb Raider Anniversary downloads subtitled Peru, Lost City, Greece, Egypt and Croft Manor, then this very give (Anniversary version) could find its way to the Xbox 360 as well! 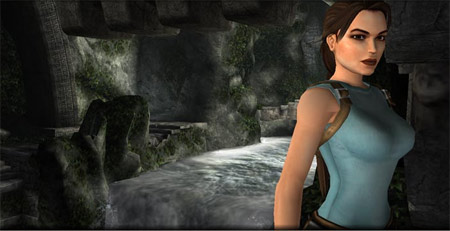 However, as of now, Eidos has not confirmed whether Lara Croft Tomb Raider: Anniversary will be available for the Xbox 360 as a free or a paid download. Stay tuned for more news is likely to follow.