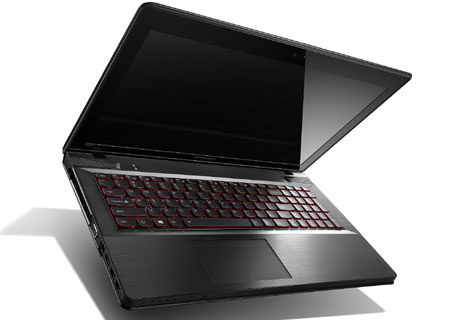 A price for the Lenovo IdeaPad Y500 and Z500 has been revealed for India and the new entrants in the respective series have been launched. They combine sleek design elements with third generation Intel Core processors and have been ‘primed,’ the company says, for Windows 8.

Of the two, the IdeaPad Y500 is focused on providing a gaming and multimedia solution. To that effect, it features an interchangeable bay which can be used to add an extra graphics card for improved visual performance. Its 15.6-inch LED backlit HD display is complimented by a dual-layer AccuType keyboard which is also backlit, and a large touchpad. There are also JBL speakers and Dolby Home Theater v4 audio for a capable multimedia experience.

It can be chosen, the company says, with up to a 3rd generation Intel Core i7 processor and a top-of-the-line Nvidia graphics card. RAM goes up to 16GB and HDD space as much as 1TB, with a 750GB HDD accepted in the interchangeable bay. In-built is Bluetooth, Wi-Fi, USB 2.0 and USB 3.0 ports as well as a 6-in-1 card reader for added connectivity. The USB port works in an always on mode, which means it will let users charge a mobile device even when unplugged and powered off.

The Z500 on the other hand can also be purchased with up to a 3rd generation Intel Core i7 CPU and is compatible with Windows 8. It doesn’t get a swappable bay, but it does get offered the possibility of being combined with 8GB of DDR3 memory and a 1TB HDD. Meanwhile, graphics can be taken up to an Nvidia GeForce GT 645M card with 2GB of memory, compatible with DirectX 11. 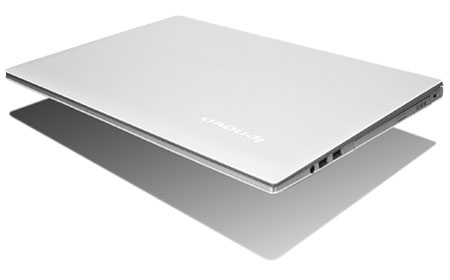 The device’s 15.6-inch backlit LED HD display doesn’t stop it from being extremely thin. It too has integrated functions such as Bluetooth and Wi-Fi, but there’s no mention of a card reader incorporated. There is an intelligent touchpad which has been optimized for the latest Microsoft platform and is capable of scroll, zoom and rotate functions.

The Lenovo IdeaPad Y500 is available in the country from company-owned stores and large outlets for Rs. 64,290, but the Z500 is considerably less intensive and will cost Rs. 48,990. Both come with a 2-year accidental damage warranty, and while the former gets a carbon fiber cover, the latter can be purchased in a choice between dark chocolate and enamel white color schemes.