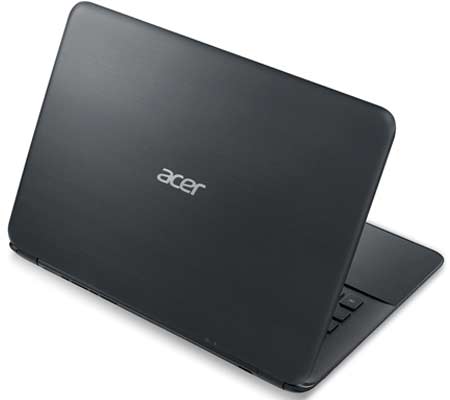 The Acer Aspire S5 Ultrabook, that is the thinnest notebook of its kind according to the company, has geared up to make its official debut in the US. The revamped Aspire S3 Ultrabook has also jumped onto the Ivy Bridge bandwagon and will be reappearing in the country this month itself.

Merely 0.59 inches at its thickest, the S5 is encased in a black colored, brushed metal chassis carved out of magnesium-aluminum alloy and tips the scale at 2.65 pounds. Powered by the Intel Core i7 processor, it integrates a 256GB SSD and the PowerSmart battery pack for relatively long battery life. It has been deployed with Acer Instant Green On as well as Acer Always Connect too.

The latest Ultrabook is fitted with a 13.3-inch widescreen LED-backlit display of 1366 x 768p resolutions and a 1.3MP HD webcam, capable of recording videos at the rate of 24 frames per second. Besides HDMI and USB 3.0 ports, the MagicFlip I/O port panel makes way for a 20Gbps Thunderbolt connector for faster file transfers. Moreover, it extends support to AcerCloud that tags along features like PicStream, AcerCloud Docs and clear.fi Media amongst others. 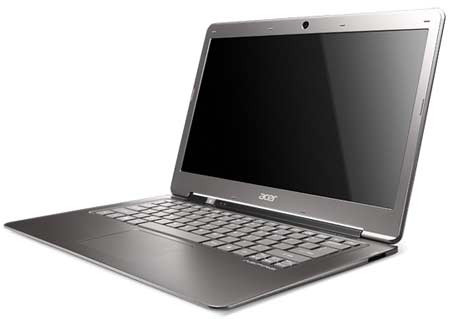 The Aspire S3 equipped with the third generation Intel Core i3 or i7 processor and a 256GB SSD, now comes drenched in the champagne shade. This ‘diminutive powerhouse’ has been included with Dolby Home Theater v4 and should offer a faster response compared to its older version.

The Acer Aspire S5 Ultrabook price and release date are revealed to be $1399.99 and the last week of June, respectively. The refreshed Aspire S3 will be priced between $648 and $999.99 and is expected to hit store shelves next week. Both devices will be made available through authorized retailers across the US.