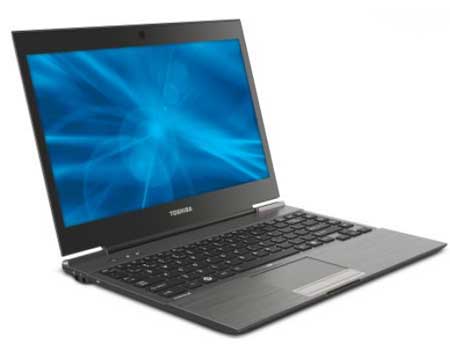 Eager souls waiting for the availability of the Toshiba Portege Z830 after its early September announcement, would probably be delighted to know that it’s now up for grabs on the company’s website. The notebook claims to be the lightest ever notebook at 13 inches, for it tips the scale at less than 2.5lbs.

Prospective users can make a choice between various models based on their preferences. Additionally, buyers have the option to customize the device at a starting price of $1,099. Boasting of a mere 0.63-inch profile, the Portege runs on second generation Intel Core processors. Along with the benefits of a 128GB SSD, the device proffers around eight hours of battery life on a single charge.

Taking care of connectivity is the presence of Wireless N, while select models also feature Bluetooth. For those audiophiles wondering what the sleek design houses for them, it includes MaxxAudio stereo speakers that deliver superior aural performance for clear sound. Complete with an LED backlit and spill-resistant keyboard, the device integrates an HDMI output terminal, allowing users to splash content onto larger screens. 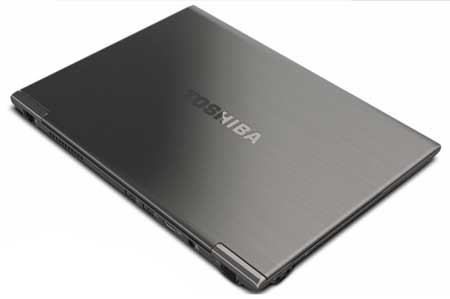 Draped in a silver hue, the gadget is also capable of cramming in a Core i7-2677M or Core i5-2557M processor. Running Windows 7 OS, the portable PC is complete with Hi-Speed Start technology for quick startups and USB Sleep and Charge intelligence to power up smartphones when the Z830 Ultrabook is asleep. Security of the data onboard is taken care of by Toshiba EasyGuard technology.

The Toshiba Portege Z830 Ultrabook can be purchased via Toshiba Direct at a starting price of $879.