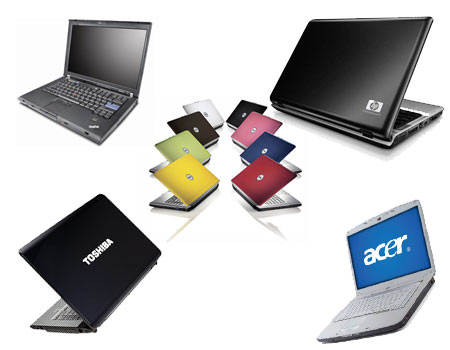 Notebooks are definitely here to stay. It won’t be long before we actually reach the ‘Notebook Age’. A recent research by iSuppli Corp reveals that for the first time ever notebook sales have taken over desktop PC sales.

In a report the company reveals that people around the world have by and large replaced their bulky desktops with sleek and handy notebooks. They mention that the trend is here to stay as notebook shipments have exceeded desktops on a quarterly basis for the first time ever.

Matthew Wilkins, principal analyst for compute platforms at iSuppli, remarked, “Momentum has been building in the notebook market for some time, so it’s not a complete surprise that shipments have surpassed those of desktops. T he notebook PC is no longer a tool only for the business market, or a computer for the well-off consumer; it’s now a computer for everyman.”

According to the research, in the third quarter of 2008, notebook PCs sales shot up as much 40 % to 38.6 million units. Desktop PC shipments on the other hand dropped to nearly 1.3 % to 38.5 million. Comprehensively, PC shipments have strongly rolled out to 15.4 % in the quarter to 79 million units.

The report also reveals that keeping in mind shipments the top five PC makers still remain the same. HP tops the list with 18.8%, followed by Dell at 13.9%, Acer at 12.2%, Lenovo at 7.5% and finally Toshiba at 4.4%. Acer, the research makes public has showed stunning 79% increase in sales ever since it launched the Acer Aspire One notebook. The company dominates the notebook terrain.

Laptops have finally overtaken desktops in term of global sales as we reach the end of this year. We think 2009 promises many more enhanced laptops ready to rule the PC market.